1918: TRADE PROFICIENCY and a CERTIFICATE. 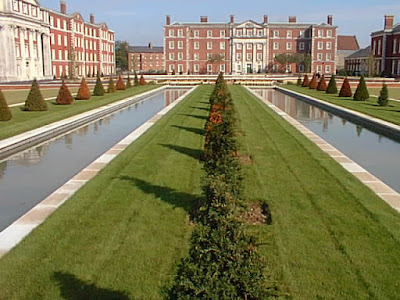 At this point, our trip through the WWI file of Pte. George Mills is nearly at an end. Reviewing some key dates, we know Mills joined the British Army on 15 January 1916 and was added to the Army Reserve on the 16th.

His service actually reckoned from 11 July 1916 when he was posted to the Rifle Brigade at the Rifle Depot in Winchester [pictured, left; a place Mills must have liked, aesthetically]. On 30 January 1917, Mills was appointed an unpaid Lance Corporal. Things, one assumes, must have been going well..

On 11 April 1917, exactly 8 months to the day after his posting, Mills was transferred to the Army Pay Corps at Buckland near Dover. The transfer is marked "on probation." Five days later, George, once again became a Rifleman (Private) and was officially transferred to the APC, dated 16 April 1917. What it meant to be "on probation" is not recorded.

Mills lasted just two days shy of 17 full months in the APC when he was "permanently and compulsorily transferred" out of the Pay Corps, which at the time was starved for able bodies to work, on 9 September 1918. We also know that was seen as someone who would not "ever make corporal," as was written in a review on his 16 April 1918 APC anniversary, and was then noted in writing as being "not much use" on 15 June 1918. 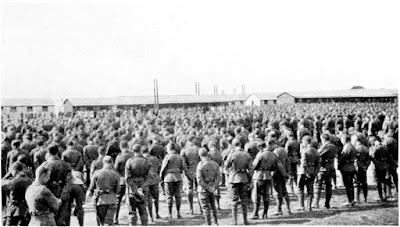 The Army Form W 5010 he carried with him to the O.C. Eastern Command Transfer Centre at Prees Heath [parade grounds pictured, right] designated him as a "clerk found unsuitable ," but also recommended that suitable duty for George would be "clerical work." Apparently just not clerical work at the incredibly busy Army Pay Corps!

The date of dispatch to his new assignment, "A.S.C. Supply List, Prees Heath, Salop," was 11 September 1918: The Army Service Corps.

Let's go to the paperwork to find out what happened next to a man who after a year and a half was found so utterly unsuitable as a clerk that he was permanently transferred out—obviously using a very special logic—to find work elsewhere as a… uh… clerk, seemingly the only military task suitable for him.

What does one do if one cannot find work, or doesn't like one's current employment? Education! Training! We'll find that's exactly what the army must have had planned for young George Mills, Private, failed clerk, and fatigue man.

There are two documents in his file that let us know exactly what Mills did immediately after posting to Shropshire on11 September 1918. They are obviously carbon copies of originals that probably went with him to his next assignment. [I have enhanced/darkened these images in PhotoShop, but there are still tricky parts for one to decipher.] 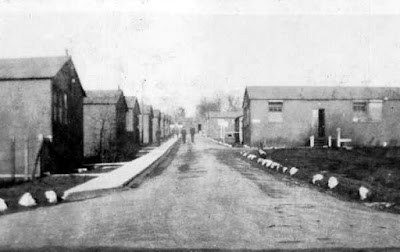 The first document is a stencil duplicate [I think we called them "mimeographs" when teachers gave them to us when I was a kid], probably on card stock given its relatively small dimensions and good condition. The stock would explain why some information was inked in advance—pressure through an upper layer of card stock wouldn't have worked very well with carbon paper. However, only the easy-to-read original, probably carried in a soldier's own hand to his new assignment, was likely to have mattered much in the grand scheme of army offices, circa 1918.

The first document is entitled "TRADE PROFICIENCY. CLERK." It announces that Mills had been trained at the military base [pictured, left] S.C.T.C. Fovant, at the village in the south of Wiltshire. Fovant is noteworthy because of the large-scale regimental badges that were carved by soldiers in a nearby chalk hillside, many of which have been restored today.

This item [pictured, below right; click to enlarge] reads "12892. I certify that Mills Pte. G.R. has been tested and proves himself a ………………….. clerk." The carbon handwriting in the blank is barely legible, but it appears that it may possibly be the word "first." I wouldn't wager much on that, however, and think it is far more likely to be "fair," beginning with what looks like a script "f." [It is unclear why that particular word, however, wouldn't have been capitalized as are the rest.] The "12892" is George's old APC serial number. 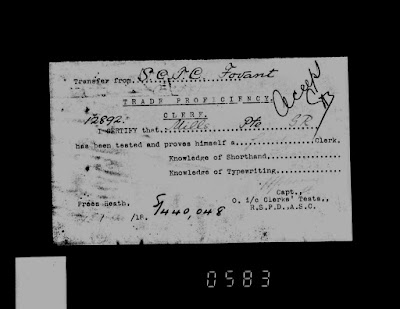 The next lines read: "Knowledge of Shorthand ………………..," and in the blank is written what appears to be "Theory only," and "Knowledge of Typewriting …………………," in which quite clearly is written "Fair."

We saw a bit of similar information last time, while looking at Army Form B 278 (List of Transfer Documents). Someone going through George's file had jotted the notation "G/ Theory/Fair" on that document. We see "Theory" and "Fair" in the preceding paragraph, those words having appeared in the second two blanks of the proficiency card. Is the capital "G" from yesterday a clue to decoding the word in the first blank today? Does it actually read "proves himself to be a Good clerk," with the partial carbon impression of a stylized looping of the cursive "G" merely resembling an "f"?

The date is also somewhat illegible, but it seems to read "Prees Heath, 13/…/18." Prees Heath is stenciled, as is the 18. It's interesting because Prees Heath is 180 – 200 miles from Fovant—not exactly just around the corner. George's excursions from Dover to Salop to Fovant and back certainly had him riding the rails in late 1918!

Mills had been taking typewriting and shorthand classes after arriving at the Transfer Centre. My wife, Janet, assures me that he would have needed shorthand fully if he was going to be a secretary. The fact that he was only accomplished in 'shorthand theory' meant that he could read and write it, while being unable to take actual high speed dictation. My hunch is that this training would have qualified him to transcribe shorthand notes in a typewritten form, as well as serving in all other ways as a clerk typist. 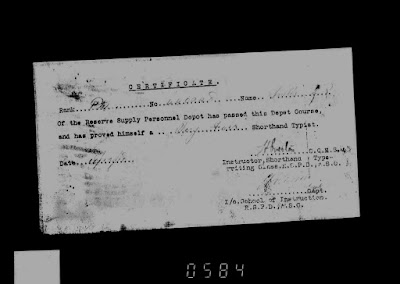 On the card the word "Accept" is written in ink and initialed. Mills has also been dealt a new serial number, also penned here as: "S/440,048."

Moving on to the second document, it is entitled simply: "CERTIFICATE." [pictured, left]. It reads: "Rank Pte. No. 440048 Name Mills, G.R. Of the Reserve Supply Personnel Depot has passed this Depot Course, and has proved himself a Very Fair Shorthand Typist. Date 18/12/18." It is signed by the Shorthand – Typewriting Instructor and the captain in charge of the School of Instruction.

Mills, we find, just before Christmas of 1918, finally had skills with which to compete with the male, and probably especially female clerks, that were populating army offices on the home front in England.

His success in gaining "Very Fair" competency at those typing and shorthand skills must have been somewhat bittersweet: On 11 November 1918, the armistice had been signed between the Allies and Germany at Compiègne, France, leading to the cessation of hostilities on the Western Front. 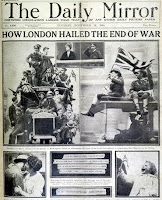 Although some fighting would continue on Germany's Eastern Front and parts of the Ottoman Empire—George's brother, Arthur, was in Palestine, you'll recall—it must have begun to look like his clerical schooling had been for naught. George, it appeared, would be going home soon.

But if you thought it would be that easy, you just haven't been following this story very closely. There would be a delay, of course. And in a rather elegant plot twist during a time marked by a deadly influenza epidemic, it would turn out to be health related—and not in a way that would make for polite dinner conversation.