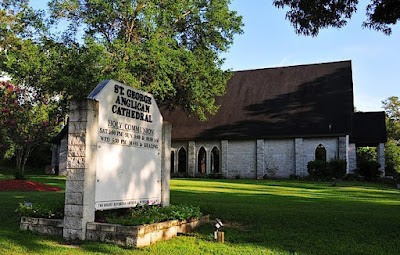 There's not much time to write today. I have a wedding to attend at the St. George Anglican Cathedral here in Ocala—Miss Pearce, a colleague from my school, will become our new Ms. Welfel—and I have a number of things to attend to before I leave.

Today, we'll look at a croquet player of the same era as the Mills siblings, George, Agnes, and Violet, whose name, as it appears within The Times croquet results, is written "Miss I. M. Roe." Searching for her on the internet was frustrating until I came upon the fact that "Isabel" Roe had won the 1960 CA women's championship. My search stalled there, at least until I received information from the ubiquitous Chris Williams of The Croquet Association containing the correct spelling of her given name: "Isobel." 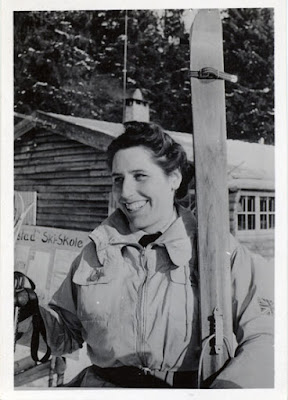 Isobel Marion Roe turned out to be a world-class athlete with several references on Wikipedia, but with no page there for herself. That seemed like something that needed to be corrected, so my profile of Roe debuted there last week.

To help me get on my way, here's the Wikipedia entry I created for Miss Roe, an infrequent but interesting opponent of the Mills:

Roe gained notoriety in Alpine Skiing in the years prior to the World War II. She participated in the 1937 Skiing World Championships at Chamonix, France, on 13 February. She finished 10th at 6.47.8. [1] In 1938, she was ranked Great Britain's Women's Ski Champion, a position she would hold throughout the lull during the Second World War, until 1949. In 1939, she again competed in the World Championships, this time in Zakopane, Poland. Roe skied in the Slalom on 15 February, finishing 19th with a time of 375.9, and placed 17th in the Alpine Combined on the same day with a total time of 531.4. [2]

At the height of her career, Roe lost years of competition and training to WWII. Following the conflict, Roe became the Ladies' Lowlander Champion and performed on Great Britain's Winter Olympic Team, both in 1948. She was 31 years of age when she competed in the Alpine Slalom (23rd overall, 2:49.6), Alpine Downhill (27th, 2:47.3), and Alpine Combined (23rd, 34.91) at the 1948 Winter Olympics in St. Moritz, officially known as the V Olympic Winter Games, and the first held since the 1936 Winter Olympics in Bavaria, Germany. [3] 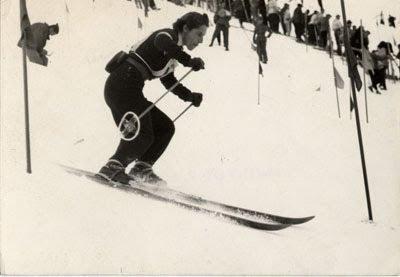 Following her career as a competitor, Roe served as the President of Great Britain's Ladies' Ski Club from 1957–1960. She founded the Ski Club Reps Course, Junior Championships, and the Schoolgirl Races. The Schoolgirl Races were founded in conjunction with Liz Fulton, and were originally organized for girls in finishing schools in Gstaad, Switzerland. [4] In 1974, Roe was awarded the prestigious Pery Medal by the Ski Club of Great Britain, a prize instututed in 1929 and named after Edmond Pery, 5th Earl of Limerick, President of the Ski Club, 1925-1927. [5]

Another noteworthy achievement, achieved far later in her career as an athlete, came when she won the Women's Championship of The Croquet Association in 1961, defeating Joan Warwick in the final, - 18, +2, +6. [6] Today, players at the Cheltenham Croquet Club still compete for tournament award called the Isobel Roe Trophy. [7]

Just before her death, Roe appeared in the 1986 edition of The Guinness Book of Records in the category of Most Tiles Held, Women's Skiing, Great Britain. Roe passed away in 1988 in Cheltenham, Gloucestershire, Great Britain. 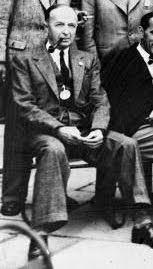 In addition, on 1 March I received an e-mail from the generous Ken Cooper of the Bowden Croquet Club who passed along this recollection of Roe from legendary croquet great Dr. W. P. Ormerod: "When I knew her first from about 1959 onwards she was a P/E teacher in Cheltenham and looked after her father Commander Roe. My father was a country member at Cheltenham then, and she was a very promising player later winning the Ladies Championship in the 1960's."

Commander R. C. T. Roe [pictured, right] was a longtime secretary of the PGA and manager of Great Britain's Ryder Cup squads from 1935 through 1955.

In the grand scheme of things, Roe losing the peak of her skiing career to the Second World War wasn't among the greatest tragedies of that conflict. Still, one wonders what she might have been able to accomplish had there been Winter Olympic Games in 1940 and 1944, and access to the Alps to continue to hone her skills.

You can now find Isobel Roe on Wikipedia at: http://en.wikipedia.org/wiki/Isobel_Roe