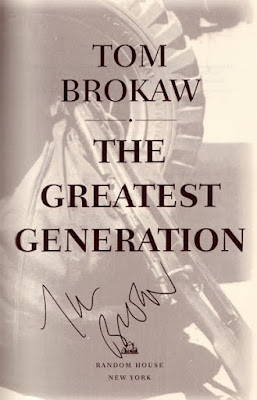 Lately I've been studying the captivating world of post-WWII croquet, as you may well know. Now, when American journalist Tom Brokaw coined the term "The Greatest Generation" to describe those who had led us through a Great Depression and two World Wars as allies, it was taken by many here in the Unites States, and I think wrongfully, that his tribute was actually a veiled slap at other generations.

I do hope that my fascination with what appears to me to have been croquet's own 'Great Generation' will not be taken in any sort of similar way. It was simply a special time in so many ways. The life of George Mills, for example, bridged the infancy of the automobile and the advent of powered flight to the Space Age, burgeoning technology, and the first steps on the moon. Other players had, for example, seen hydroelectric power reach rural New Guinea, freedom come to Third World colonies like Nigeria, and one even had the ears of Monarchs. They had excelled in sports other than croquet, as well as in areas such as literature, film, theology, business, banking, philosophy, linguistics, and education, just to name a few.

It's no knock on any other era of croquet, from the sports beginnings through to this afternoon, when I say that I would love to have been at the clubs after matches or during rain delays when the players of that era, from 1947 – 1970, were facing one another. As a lad I recall having been enthralled by my father and uncles nostalgically spinning yarn after yarn about the Depression years, the Second World War, and all of the challenges and times of sacrifice that, in their eyes, turned out to have comprised what turned out to them to have been the "good old days."

We can see from information generously provided by Chris Williams of The Croquet Association that George Mills was not a lifelong player, as had been his sister Agnes. What was it that kept Mills away from the golf course, the track, or the sea, away from his books and The Times Crossword for so long, and had him continually wielding a mallet along the coast of the English Channel in his waning years? I doubt it was merely the scones. 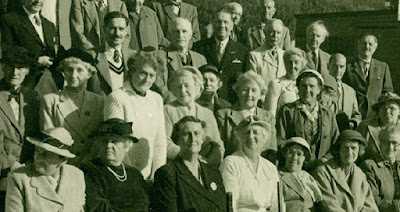 My hypothesis is simple: Much of it was the players, they were the allure, that aging but fascinating lot whose competitive fire never dimmed even as age robbed them of other skills. It must have been those men and women who had shaped the world into which I was born in 1958, in which many of us were reared, and whose values, courage, and determination eventually became cornerstones of a legacy that I hope I passed on to my own children.

Next time we'll take a closer look at another player or two from that bygone era, and I hope all of this helps explain why. Stay tuned…