Word and a Clarification from Oxford 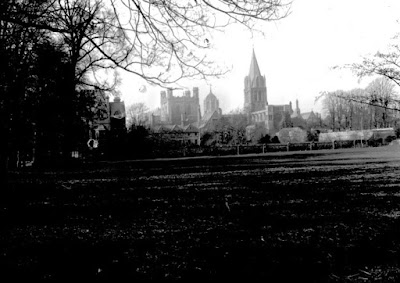 Hooking into the recent excavating that we did in the First World War army file of George Mills, there is a tie-in that's been incubating in my mailbox that I'd like to share. As we know, George was demobilised in 1919, and by October of that year, he had gone up to Christ Church, Oxford, taking advantage of a post-war decree on behalf of young veterans.

A few weeks ago I was doing my "due diligence" as they like to say these days, at least in the States, and running a few of my usual, fairly cursory searches, seeing if anything new has cropped up regarding Mills & Co. Up came a link to the 1922 Oxford University Calendar letting me know it contained the name "Mills, George Ramsay Acland." However, as is the case with many search results at books.google.com, I couldn't see why or where in the calendar it was listed.

Curious, I dashed off an enquiry to Oxford asking about the appearance of George Mills in that text. My reply came from Nicola Hilton, a very thorough and attentive Archives Assistant: 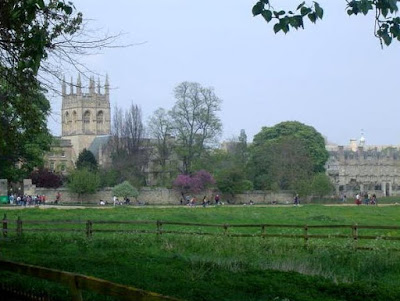 Thank you for your email. I have searched the card index of all those who matriculated (ie were admitted to the University) between 1891 and 1932. I have found an entry for George Ramsay Acland Mills. George matriculated from Christ Church on 16 October 1919. He is listed as a member of Christ Church from Michaelmas term 1919, under the subtitle 'Commoners' (ie members who have not been awarded a BA or higher degree), in the 1920, 1921 and 1922 University Calendar. I have been unable to find any record of a degree being conferred (ie at a ceremony) on George Mills.

The colleges in Oxford maintain their own Archives and it is possible Christ Church may hold some additional information on George Ramsay Acland Mills. If you wish to contact them, enquiries should be directed to, Judith Curthoys at judith.curthoys@chch.ox.ac.uk.

We've actually heard from Ms. Curthoys previously regarding George's time at Christ Church, but this e-mail does offer some new insight: Mills was at Oxford at least through the end of 1921, but there is no record of him attending as a "Commoner" in the year 1922.

I e-mailed Ms. Hilton once again for a bit more clarification—sometimes I can be as ignorant as a bag of hair when it comes to British higher education—and she kindly followed up: 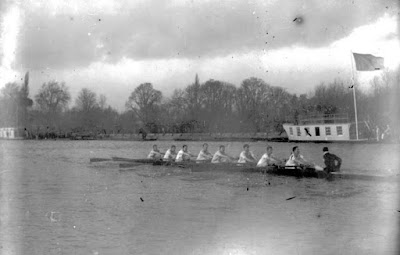 "During the early twentieth century the Calendar was complied each calendar year (not academic year as it is now). George matriculated in October 1919 and first appears in the 1920 Calendar. He appears to have been a member of Christ Church at the end of 1921 as he is listed in the 1922 Calendar. However residence is a college matter and for an accurate record of when George vacated Christ Church you will need to contact the College Archivist directly (please see my previous email for contact details).

Also, a colleague here at the University Archives has corrected me on a description I used in my previous email. Although those students listed under the subtitle 'Commoners' in the Calendar would not have had degrees conferred (ie at a ceremony) the term does not specifically denote this status. The status of 'commoner' in the Calendar separated the students from other member of the College who were 'Scholars' or 'Exhibitioners' (ie had been awarded some type of scholarship)."


So, while there is no record of George Mills having a degree conferred, the status "Commoner" that he carried throughout his time at Christ Church (Oxford?) isn't necessarily an indication of that.

I do find it hard to believe, though, that a case could be made for Mills having earned a degree in just over two years and was simply unfortunate enough to have Oxon's clerks lose the entirety of his paperwork, and, as a result, they neglected to record him as having had a degree conferred. That seems a bit of a stretch.

What is the "upshot" of all of this? 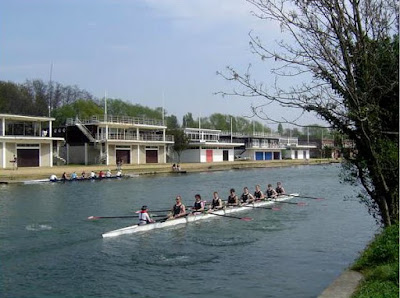 I am not entirely sure, save that on my "Timeline" of the life of George Mills, another of the gaps has been narrowed a wee bit more. Thanks to the record-keepers of the British Army and Oxford, we've tightened our focus on the endpoints of what Mills was doing from 15 January 1916 through the end of the calendar year of 1921.

Now, what occupied young George from the outset of the year 1922 through to his appointment as a schoolmaster at Windlesham House, then at the "Southern Cross" in Portslade, for the Lent term of 1925, still is open to conjecture.

We also have no indisputable evidence of what exactly Mills did to occupy his time between leaving Harrow School in the summer of 1912 and his recruitment under the Colours on the 15th of January 1916. He did enlist while declaring he was still a "student," according to his Army Form B 2512.

Summer 1912 to Lent 1925 is quite a stretch of time, even though we have ample data encompassing the period from New Year's 1916 through Christmas 1921.

At one end, George was a schoolboy at Harrow, aged 15, and at the other, seemingly a novice schoolmaster at Windlesham at the grizzled age of 28, having taken a turn in the ranks and studying at Oxford in between.