"If you would not be forgotten as soon as you are dead, either write something worth reading or do things worth writing" -- Benjamin Franklin 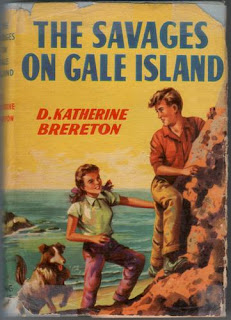 Sometimes while researching the life of George Mills (1894-1972), it rally hits home that, despite being the author of four books, not many people know who he is. Some may remember reading one of those books, but of those with whom I've communicated, not one actually recalled his name.

When I was child, I thought—and I'm sort of ashamed to say that I'm positive I thought it as an adult as well—that having your name on a book was a form of immortality, as if having your name printed on the cover of a text guaranteed fame, and that people would not only remember a person, but that the book would always guarantee a person being well known, long after death. 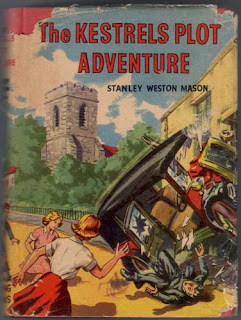 There's a certain degree of truth to that, I suppose. I see 50-year-old books in antique shops that the current sellers would have trouble giving away, while at the same time, people are often lining up to buy the 50-year-old bookshelf upon which those texts sit! The authors of those old and forgotten books are unknown to me, and as I scan their names, nothing registers. They almost become paper tombstones, ephemeral, and the immortality of their authors is left to chance, and the vagaries of flooded basements, estate sales, and the omnipresent dustbin.

Although the books of George Mills were few, they were well written as children's stories go (Kids, at least in the States, often are served up less-than-fine-quality prose), and were popular enough to have entertained children from the 1930s into the 1960s. That's a fairly nice run.

I don't remember him. I found his books, and then found him along with them. Did his four titles guarantee him immortality? Hardly.

As I nose around the world of British children's authors I find people who have spent entire and quite lengthy careers writing hundreds of books, and whose names still may not be on the tips of the tongues of 21st century readers:

• May Wynne [Mabel Winifred Knowles] (1885 - 1949) published 211 books between 1899 and 1954. Wynne as one of the first female science fiction writers (using the psuedonym Lester Lurgan), including the novelisation of a silent sci-fi film, Message From Mars. She also co-authored the 1918 silent film, Big Money. Another pseudonym she used was Bryan Smith.

• Noel Streatfield (1895 - 1986) wrote over 50 fiction and non-fiction titles for children along with 28 novels for adult readers, 3 plays, and a television serial, as well as authoring numerous published articles.

As an American, I'd never heard of any of these authors off the top of my head except for Streatfeild, who was mentioned and adored in the film You've Got Mail. You can see, however, that these writers—all born before 1900, and all living in the same era as George Mills—were prolific, some beyond belief. George Mills lived at a time when writers wrote... a lot! 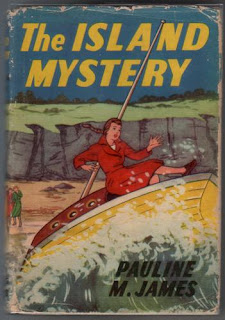 What appears to be the difference between this last roster of authors and the 'heavyweights' that were described above? Output. Ask yourself if Noel Streatfeild gets mentioned in a Hollywood film if Ballet Shoes had been one of only four books she'd ever written, those in a different country, and some 50 years before. Not a chance!

One of the big questions that I have asked so often here has been: Why did George Mills, author of popular books for and about children, having published three titles just in the years of 1938 – 1939, never author another book?

I know that the decision may not have been made that instantaneously. Perhaps in 1940 Mills was tinkering with a fourth book in his prep school series, or perhaps was crafting a manuscript to follow up on the publication of his children's biography, St. Thomas of Canterbury, perhaps with St. Bernard of Clairvaux.

The Second World War surely got in his way. In fact,I hear it altered or ruined many of the tentative plans that folks had made at the time. Still, after the war ended, Mills then lived another 27 years, during which time he published nothing save a brief and somewhat wistful letter to The Times about his grandfather's dogs. 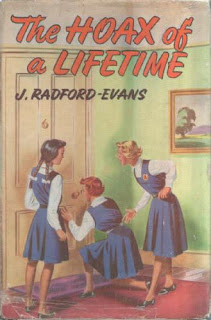 Perhaps Mills died in 1972 still meaning to get back to those manuscripts he'd been meaning to polish up and send to an agent. I'm at the point in my own life where I realize one almost can blink and 27 years can disappear!

Perhaps once he rotated the last Agate or Pica page of his last novel off of the carriage drum of his typewriter and had already heard the last bell ring, that was it: No more books.

And maybe it is something strange about me, but I don't need to know how Enid Blyton, et al, could have written so many books. I've read enough of the fires and passions that burn within the creative individual.

George Mills, however, was obviously a creative individual as well, but he didn't write—at least not much. What I would love to know is what caused his metaphorical fires to become extinguished so quickly and his talent to hibernate forever. To me, that's the real mystery of George Mills.

But we may never know.