1916 - 1919: Table II.—Only for Admissions to Hospital or to the Sick List in the case of Warrant Officers treated in quarters. 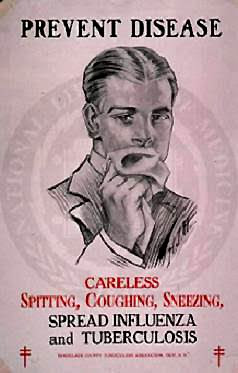 After recently delving into the medical history of George Mills, 1916 – 1919, I realize it may call into question his overall health. Was he ever quite ill during his stay in the service, and did sickness in any way hinder the performance of his duties?

Given the deadly worldwide outbreak of influenza during that time, was it possible that his military career was curtailed due to the Spanish flu?

While I can't say that, on a day to day basis, Mills never suffered from the sniffles or a twisted ankle, I can say that anything of that ilk must not have amounted to much. 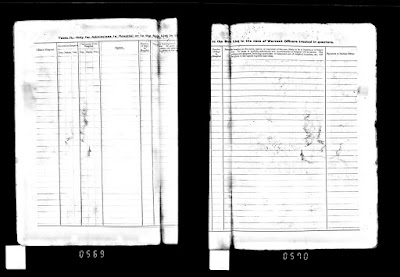 One glance at a document called Table II.—Only for Admissions to Hospital or to the Sick List in the case of Warrant Officers treated in quarters. [right; click to enlarge] allows us to see: Nothing. 32 rows and 7 columns of empty cells.

It's possible that Mills was considered some things that had a negative connotation during his time beneath the Colours, but "sickly" was very likely not one of them!

The eventual demobilisation of George Mills in 1919 would be delayed several days because he was "under treatment," and we'll soon see for what. For now, however, suffice it to say that Mills was never hospitalized and his experience during the First World War seems to have been characterized by youthful good health.