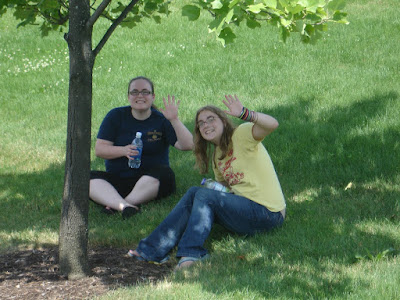 My daughters Kendra and Emlyn arrived here after midnight last night (This morning? Doesn't sound right—it was quite dark!) and after laughing and chatting for a long while, we finally drifted off to bed. That's where they both still are!

Anyway, in an earlier post I mentioned I came across the complete First World War military file of George Mills. We'll look at it over the next few weeks, bit by bit, and see what it has to offer.

Today's bit of ephemera is more interesting for what it doesn't say than what it does. It's George's "Descriptive Report on Enlistment [below, right]," presumably done at the Town Hall in Kensington, London, before he took his physical in January 1916. On it we find that Mills stood 5 feet, 10 inches tall. He had identifying moles on his right collarbone, left chest, and two below his "left rib." Not earth-shattering stuff. 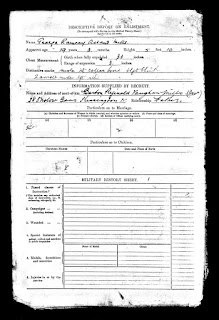 Of somewhat more interest is George's chest measurement: 33 inches, expanded, with a range of expansion of 3 inches. That means Mills had a 30 inch chest at age 19. I have had difficulty coming up with the parameters for British recruits at the time, but a 1918 book called The Principles of Hygiene by David Hendricks Bergey pegs the average height of an American military recruit at 5 foot 7 inches in WWI, and that the average 5' 10" recruit would be expected to have a 34 inch chest, typically with 2½ inches of additional expansion [below, left].

We find that Mills is actually on the slight side, especially for a potential combat participant. This fact, I believe, will come into play to a great degree when Mills finds a late-in-life aptitude and noteworthy enthusiasm for the sport of croquet and becomes a true aficionado! It is my suspicion that, as a boy, Mills might not have been a very powerful (or popular) athlete, despite his love of sport in general.

Lastly, we find the rest of the document blank: No campaigns, no action, no "special instances of gallant conduct" or "mentions in public despatches," no medals, decorations, or annuities, and no "injuries in or by the service." 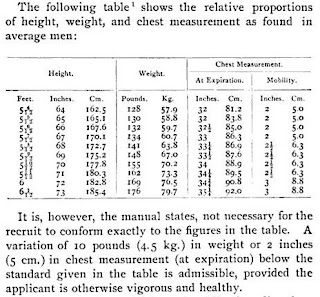 There is o indication what Mills might have been doing for the four years before showing up for recruitment in Kensington in January 1916.

Does the lack of "authorized classes" mean that Mills never was an apprentice at Wallis and Steevens in Basingstoke as I have suspected? With an uncle currently active as an officer in the Royal Engineers at the time, one easily could think that serving the previous four years an apprentice to Alfred Wallis might have been documented, and Mills ticketed for the R.E.

Yes, this document is far more interesting for what has been left blank, rather than what has been documented. Mills seems to have been involved directly with the military during his stint in the army from 1916 to 1919, but not involved directly with the war—and by that I mean the fighting—itself. It's a start on knowing what, as we've wondered aloud, Mills did during WW I.

More next time: My girls are beginning to stir!