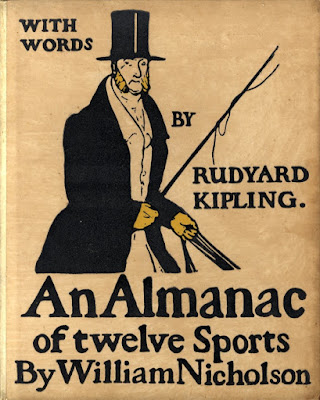 Once in a while, I will thumb through the well-worn pages of the books of George Mills looking for clues. Clues to what, you ask? I'm really never sure, and I'm always uncertain as to what I may find.

Recently I noticed a slight difference between two editions of his first book, the 1933 and 1950 editions of Meredith and Co.

Absent from the 1933 edition are the following lines:

Give me a willow wand, and I
With hide and cork and twine,
From century to century,
Will gambol round thy shrine


The verse comes from a publication entitled An Almanac of Twelve Sports, published in 1898 by English woodblock printmaker William Nicholson, "with words by Rudyard Kipling." It is set up as a calendar of sorts: 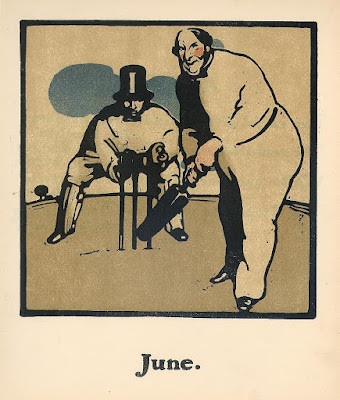 An additional verse also appears within the actual text:

Thank God who made the British Isles
And taught me how to play,
I do not worship crocodiles
Or bow the knee to clay!

Give me a willow wand and I,
With hide and cork and twine,
From century to century
Will gambol round my Shrine.


While cricket plays an important part in both Meredith and Co. and it sequel, King Willow, football and track & field are featured as well.

The appearance of this Kipling verse, it seems, is about far more than cricket. This also seems the perfect time to examine it, immediately after entries regarding other features of Mills's first two novels, both of which feature the playing of the sport.


My hunch is that when George Mills attended school himself as a boy—he went to Parkfield in Haywards Heath and then Harrow—things would have been difficult for him. After all, he was slight of build with a speech impediment. How much of the discomfort he felt at school was attributable to any institution, and how much could have been ascribed to the nature of young boys in such an environment, is unknown.

When his first book about boys' preparatory schools, Meredith and Co., was published in 1933 it carried the subtitle: "The Story of a Modern Preparatory School."

In subtitling his text, Mills clearly draws a distinction between the schools he attended—not physically, but in their philosophy of handling and educating children—and the "modern" schools at which he'd taught in the late 1920s and early 1930s. 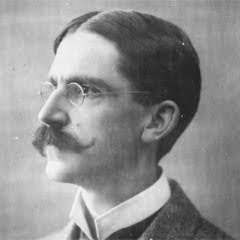 Mills taught in an era greatly influenced by educational reformer John Dewey [left]. Texts of Dewey's with which Mills may have been familiar were The School and Society (1900), The Child and the Curriculum (1902), and Democracy and Education (1916).

Of Dewey, Wikipedia states: "In his eyes, the purpose of education should not revolve around the acquisition of a pre-determined set of skills, but rather the realization of one’s full potential and the ability to use those skills for the greater good… Dewey advocated for an educational structure that strikes a balance between delivering knowledge while also taking into account the interests and experiences of the student."


The books of George Mills clearly illustrate exactly that sort of balance in many overt and subtle ways. While the settings in the books of Mills are traditional, as are the classroom management techniques, the overall focus on the development of the child as a whole is obvious.

In Joanna S. Hall's paper "John Dewey and Pragmatism in the Primary School: a thing of the past?" in the journal Curriculum Studies, Volume 4, Issue 1, 1996 , pp. 5-23, the author studies Dewey's influence on British education.

From the abstract we learn:

In 1906, J. J. Findlay, Professor of Education at Manchester, eased English readers into pragmatism's foreign beginnings by setting John Dewey alongside Pestalozzi, Herbart and Froebel. This paper investigates the interweavings of pragmatism in the years following the First World War, when it appeared in views of children, pedagogy and curriculum.


This is the time George Mills lived, seeing these developments first hand. What a shock it must have been, however, following World War II, when George returned to being a schoolmaster and discovered that his notion of that ideal, modern prep school had been greatly altered.

We read last time about some anonymous readers here discussing their experiences with public school education, circa 1950 – 1975: "I'm afraid that the Catholic school system, as you probably know, was infested for many years by paedophiles and ghastly sadists," and "In hindsight it was a hideous, sadistic and monsterous Dickensian nightmare of a school."

None of that could have coincided easily with what George considered a "modern" education. 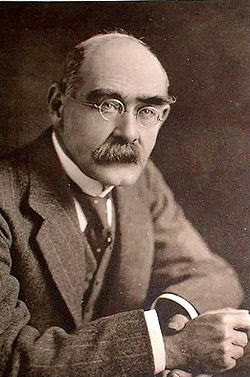 Hence, the verse by Kipling [pictured, right] is found, not in the 1933 edition of Meredith and Co.—the first edition, published in a modern era during which Mills had great hope for education—but in the 1950 edition, and subsequently the 1957 edition, the latter printed at a time when Mills—aged 61—would have been jaded about preparatory institutions, their changing philosophies, and their often questionable practices.

This Kipling poem hearkens back to the time of Mills's boyhood, when reality had to struggle mightily to separate itself from a young boy's fantasies, and the simple joys of that time of life seemed as if they might last virtually forever—"From century to century…"


This nostalgic note in the final reprinting of Meredith and Co. is telling. Mills had seen the changes that had taken place in school teaching and education, but he never addressed them directly. No new titles or characters leapt from his pen—or typewriter.

In a subtle change to the original layout of his first novel, Mills inserted a simple verse that allowed himself to drift back, nostalgically, to a time that made far more sense: To reading Kipling in bed, to dewy cricket pitches warming in the sun, to Modern Preparatory Schools, and to the never ending innocence of youth.

While that verse seems to be about the sport cricket, it actually says so much more about the life, the teaching career, and the nostalgic thoughts of an aging George Mills.