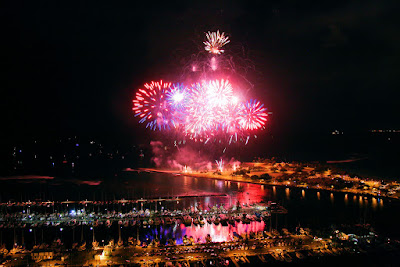 Greetings, everyone, on Independence Day here in the States. With Canada Day and our 4th of July holiday falling so closely together—and with my beloved Philadelphia Phillies having just wrapped up a series against the Toronto Blue Jays, I guess the patriotic fervor in North America this weekend can be summarized in these lines, written by David Murphy of the Philadelphia Daily News, regarding what both nations do celebrate: "[O]ur love for country, alcohol, and B-List celebrities… and, perhaps, our love for baseball." And that doesn't even mention our cultural love of fireworks here in the U.S.!

In contrast to that, however, today's entry takes on a more sombre tone.

In addition to the Croquet Gazette obituary of Joan Warwick, Chris Williams of the Croquet Association sends along this:


Guy Warwick's obituary was in the December 1981 Gazette as was that of Mrs E (Hope) Rotherham. Unfortunately there is little of his non croquet life. 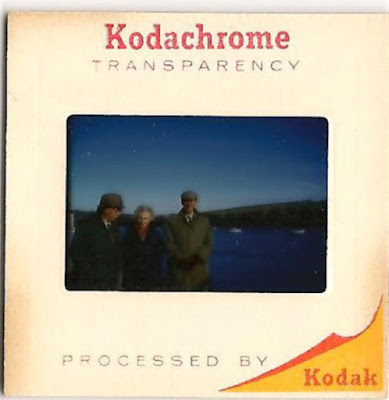 One of Croquet's Old Brigade, Guy, aged 87, died peacefully at St. Cecilia's Nursing Home, Budleigh Salterton on November the 3rd. He had been in poor health for some years, but only recently realised he could no longer manage a full game, nevertheless he seldom failed to be a spectator and critic at the Budleigh tournament.

He will be remembered as having represented Devon many times in the Inter-Counties and also being chosen to play in the President's Cup in 1963 (when he finished seventh with 4 wins). He used to be a regular entrant at the Hunstanton Tournament, lying in a part of England where he spent much of his early life and once had the distinction of beating the great John Solomon on level terms! He was runner-up in the Surrey Cup in 1957, runner-up in the first Chairman's Salver in 1966 jointly with Edgar Jackson, won his C.A Silver Medal in 1960, won the Du Pre Cup in 1963, won the South Of England Championship in 1962, the South of England Doubles Championship in 1968 and 1969 with Lt. Col. D.M.C. Prichard & E.C. Tyrwhitt-Drake respectively.

He will be sadly missed.


Just after receiving the above, friend Judy Perry of Budleigh Salterton sent the scan of a Kodachrome slide that you see at right. In the striking, vividly-coloured image, we can see Guy Warwick, Joan Warwick, and Judy's father, Bill Perry.

Judy also sent along a couple of other images that I'll upload soon, but I wanted to post these while we were still on the thread of the Warwicks! Many thanks to Judy, Chris, and everyone at the CA for their thoughtfulness!