A Quiet Croquet Bench in Budleigh 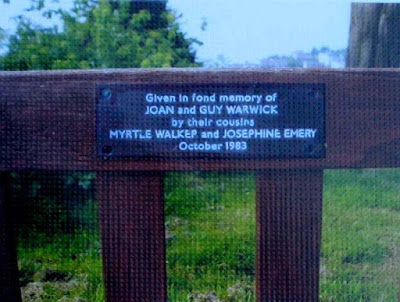 Several weeks ago I posted a scrapbook of sorts, featuring many images and texts involving the era of croquet in which the Mills siblings—George, Agnes, and Violet—played after the Second World War. 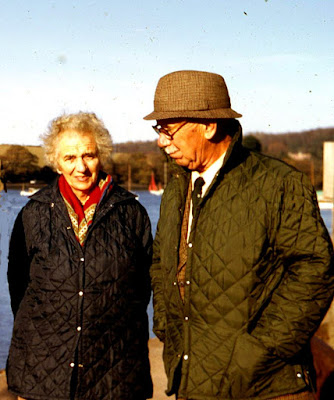 Recently received from our friend Joanna Healing in Budleigh Salterton is a photograph [above] of the bench on one of the lawns at the Budleigh Salterton Croquet Club dedicated to the Guy and Joan Warwick, neighbours of the Mills on Westfield Road and integral members of the club.

We can see the bench reads:

That time frame would have been just after Guy's death.

Thank you so much, Joanna, and, as always, if anyone has anything similar, please don't hesitate to send it along.