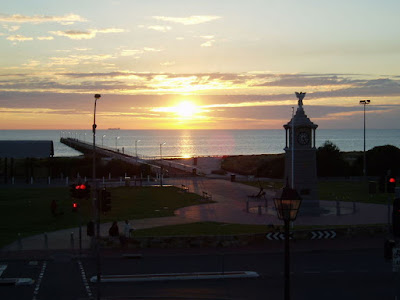 Today we'll meet a person who numbered among the most common opponents of the Mills family: Dr. H. J. Penny. Penny presents a figure with an interesting history, especially when one includes him among the diverse mix of post-WWII croquet characters and personalities with which we've become acquainted here at Who Is George Mills?

Harold John Penny was born on 24 June 1888 to Charles James Penny and Emma Stephens Penny in Semaphore, Adelaide, South Australia [upper left]. Of his family or youth we know little to nothing, but in the Adelaide Advertiser of Tuesday, 22 December 1903, we find that Penny (out of St. Peter's Collegiate School) —then 15 years of age—had passed Junior Examinations at "The University." Penny had passed exams in English Literature, Greek, Latin, French, geometry, and chemistry, earning him a place on the "List of students who have passed five or more subjects, and who therefore, receive the junior certificate."

In the same newspaper two years later, on Monday, 18 December 1905, Penny passed three Senior Examinations at the University of Adelaide: Greek, Latin, and geometry. Five passed examinations were required for earning a senior certificate, so Penny's name appeared on a list below that one: "List of candidates who have passed in less than five subjects." 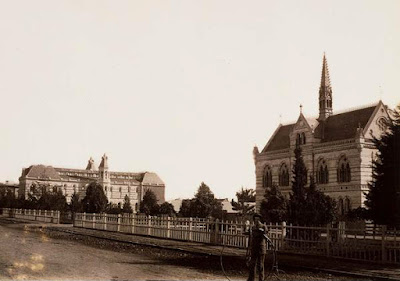 In 1906, Penny also passed five examinations, according to the Tuesday, 25 December, edition of The Advertiser: Greek, Latin, French, arithmetic and algebra, and geometry. He received a 1906 senior certificate.

In the same chronicle, on Thursday, 19 December 1907, Penny appears on a "Pass List" of the University of Adelaide, once more having passed examinations in Greek, Latin, and French.

At this point, Penny, who apparently has enjoyed years of schooling in languages and maths, seems to have left it all for a spell.


He crops up again in 1911. According to data recorded at http://www.rowinghistory-aus.info/, Penny rowed in the Adelaide University Men's Eight, which competed at the 1911 Australian University Championships in Port River, Adelaide. His team finished 3rd behind Melbourne and Sydney Universities.

According to that site: "This was the first of four straight wins pre WWI for Melbourne but the margin was small - 1 1/2 lengths from Sydney. The race was conducted over a 3 mile course on 10th June 1911."

Penny rowed for Adelaide again in the 1912 Championship held in the Parramatta River, Sydney, and once again his team finished 3rd behind Melbourne and Sydney. The site this time adds: "The race was conducted on 1st June 1912." 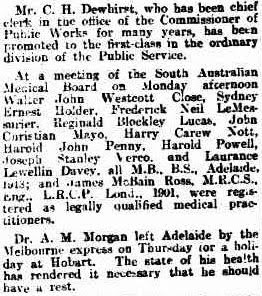 Penny was clearly back at Adelaide, but studying what subject in earnest?


By 10 January 1914, we find this note in a column entitled "Personal" within the Adelaide Advertiser: "Dr. Harold John Penny, M.B., B.S., (Adel. 1913), was appointed by the Executive Council to be a resident medical officer of the Adelaide Hospital for the ensuing 12 months." 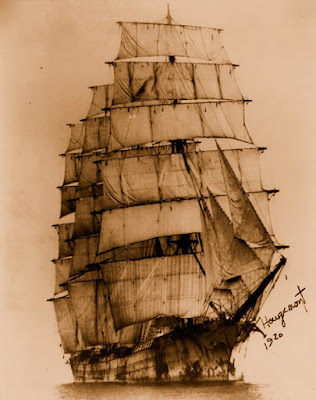 By 12 March 1914, Penny made the papers in a case in which the master of a four-masted barque, Hougemont, John McDonald, was accused of "having on 18 February unlawfully and maliciously shot at [inebriated able seaman] John Murray with a revolver, with intent to do grievous bodily harm."

The article continued: "Harold John Penny, resident medical officer at the Adelaide Hospital, said he treated Murray in the institution on February 19."

The case was held over for trial, while Penny must have had some interesting dinner table conversation that day.


According to The Advertiser, dated Tuesday, 21 April 1914, Penny took part in an inquest into the death of a 38-year-old laborer, Joseph Eade, who had died at the hospital on 16 April: "Dr. Harold John Penny, of the Adelaide Hospital attributed the cause of death to shock and hemorrhage, consequent upon bullet wounds. These were just below the ribs on the left side of the body. The internal organs in this vicinity were injured. The deceased had told the witness that he used a firearm with his right hand… The Coroner's verdict was that deceased died from bullet wounds self-inflicted whilst of unsound mind."


Yet another case, this one described in the same paper on Saturday 27 February 1915, actually involving the will, estate, and beneficiarfies of Catherine Ratliffe of Australia Plain, cited: "Harold John Penny, medical practitioner at the Children's Hospital, said that on January 21 he was a resident medical officer at the Adelaide Hospital. He recollected the informant being brought in. She was suffering from shock and hemorrhage, caused by three recent bullet wounds in the right shoulder, two cuts on the lip, and a bruise near the collarbone. He attended to the patient for 10 days until she left the hospital. The wounds could be caused by bullets from a revolver of the kind produced." 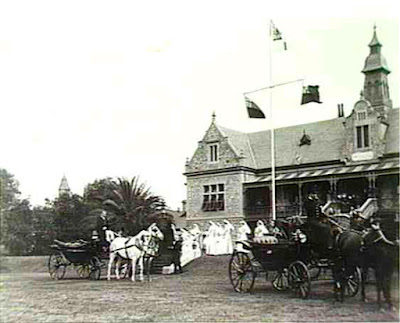 Perhaps it was the violence of such cases that caused Penny to look into a shift to the local Children's Hospital [picturd, left].

And treating those victims of gunshot wounds would foreshadow the next phase of Penny's medical career.

We now fast-forward to the London Gazette of 1 June 1915 for the item regarding Penny. In a section entitled "ARMY MEDICAL SERVICE. Royal Army Medical Corps." it says: "The undermentioned to be temporary Lieutenants:— Dated 26th March 1915. Harold John Penny, M.B."


That notice confirmed what had appeared in the Adelaide Advertiser on Saturday 20 March 1915, several months after Great Britain had entered hostilities in the First World War: "Dr. Harold J. Penny, late of the Adelaide and Children's Hospitals, and youngest son of Mr. C. J. Penny, Hackney, has been notified of his appointment to the staff of the R.A.M.C., and leaves by the R.M.S. Mongolia [seen below, right] on Thursday next for London."

In exactly one year, Penny had entered the service and been promoted to Captain. Under unprecedented and nightmarish conditions, Penny was obviously excelling.


Following the war, the Medical Directory of 1919 listed Penny's practice as having been in his hometown at "23, Osborne Street, Hackney, Adelaide, S.A." Penny have returned to Australia and hung out a shingle after witnessing the carnage of the war. Considering the chemical warfare, as well as the technological advances made in the efficient mechanized destruction of soldiers, during the worldwide conflict, one shudders to think of some of the horrors he witnessed—ones that would have made those gunshot simple gunshot wounds treated in Adelaide seem extremely mild by comparison.


This would indicate that, at some point between 1919 and 1925, Penny relocated once again, this time to back to England.


Penny's wife was probably born in Australia in the late 19th century, but there is no dearth of "Winifred Annies" having been born in South Australia during that period. Her maiden name is unknown. Neither records from the UK nor Australia record their marriage. In fact, ancestry.com has no record of the Penny union in any of its collections.

In 1938, at the age of 50, Dr. Penny sailed into Southampton aboard the steam ship Balmoral Castle of the Union-Castle Line on 19 September from Madeira. His address is handwritten as "28 Windmill St., Tunstall, Stoke/Trent."


This address is corroborated by a 1950 Stoke-on-Trent telephone directory, which lists his practice—clearly a partnership—in this way:

His residence is listed as:


The Medical Directory of 1961, however, lists the practice as being called "Penny, Fee, Wojtulewski, & Neill."


Notable on the manifest of Dr. Penny's return trip from Madeira is the lack of a wife, or even of a travelling companion. He was the only unaccompanied male from Britain or its colonies on the voyage. This trip alone may say a great deal about the pain from which Penny still must have suffered due to the betrayal committed by his wife and their divorce proceedings some 13 years earlier.

In the Medical Directory for 1959, Commonwealth List, Penny is listed as practicing at "28, Holland Street, Tunstall, Staffs," and it indicates his "Date of Registration" as having been 3 May 1915—coincidental with his arrival for service in the Royal Army Medical Corps.


Penny began playing tournament croquet, just before his trip to Spain, having competed in the North of England from 27 June to 2 July 1938. He also played that tournament in 1939, as well as in the Derbyshire Championship and for Hurlingham's Younger Cup, in which he beat Aimee Reckitt.

After the war, Penny—58 years of age in the summer of 1946—returned to the lawns. His career post-war record can be found in the database of the Croquet Association by clicking HERE.

Although the CA records Penny as an opponent of the Mills siblings—George, Agnes, and Violet—just 3 times (1-2 versus Agnes Mills), results from the London Times provide some evidence that—aside from doubles games which included George Mills—Penny played Violet Mills at least 3 times. He lost to her in 1960 (Parkstone) and twice (Budleigh Salterton). In fact, there is no evidence Penny ever beat Vi Mills. 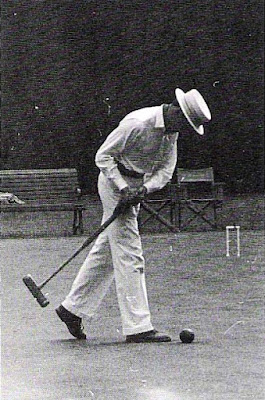 Six career games against the Mills siblings may not seem like a great deal, but it does make him one of their arch enemies here—especially figuring in his appearances as a doubles partner and opponent of one or the other of the sibs.

The Times also records the Mills siblings as having encountered a C. H. R. Penny during their time playing croquet, although I also cannot locate him in the database. The Pennys played doubles together at least once, on 15 September 1960 at Parkstone, where they lost to the tandem of George Mills and Bryan Lloyd-Pratt [pictured, left], (-13).

The database records no games against them, but C. H. R. Penny played singlely against the Mills at least once: He defeated Violet Mills in the Level Singles Final at Parkstone in 1960, according to The Times.]


Were the two Pennys related, they would have played even more matches as a family against the Mills family—hence, their inclusion here.