Gallery 3: The Artwork of John Harris 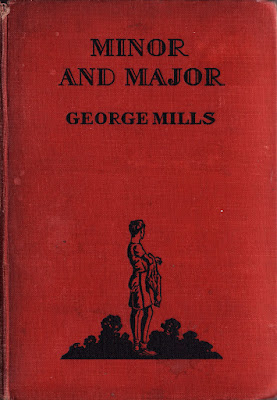 Welcome to our third gallery art here at Who Is George Mills?

1939 brought the third book of George Mills into existence, Minor and Major, published in London by Geo. G. Harrap and Co., Ltd. It was published in the same size and in the same format as Mills's preceding book, King Willow, published by Harrap in 1938: Four full-page black line illustrations, a full-colour frontispiece, and various embellishments throughout the cover and first few pages. The format, down the the hand-lettered titles, is identical to Willow. [Click any illustration to enlarge it.]

While not strictly a sequel, some of the boys from King Willow do, in fact, appear in Minor and Major, albeit briefly.

This time around, however, the illustrator is not one of the Brocks, C. E. or H. M., but John Harris. Trying to find background information on a "John Harris" rivals what it once had been like looking for George Mills, so nothing is known of his background. 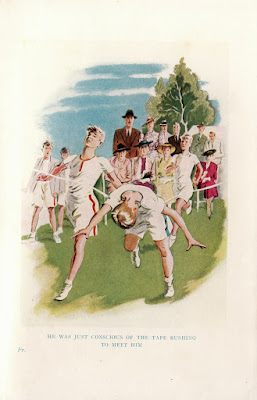 His watercolour work pales—quite literally—next to the colourful paintings of the Brocks. But watercolour is not the best Harris has to offer. 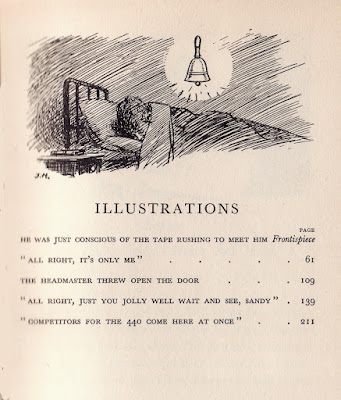 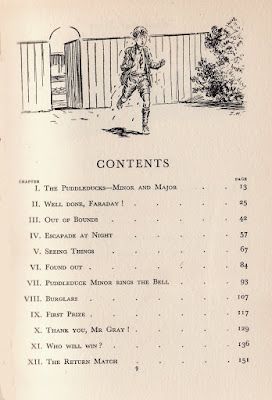 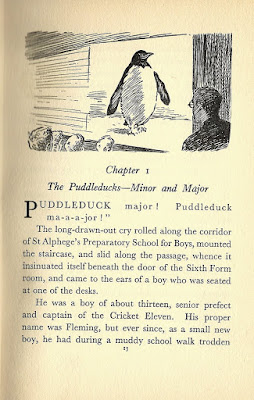 Harris's pen and ink work is of a similar character as that of H. M. Brock, at least in so far as his black line drawings have some of the flavor of an engraving.Still, Harris's talented hand is uneven. While each of the full page illustrations requires different aesthetic attributes in describing various scenes in the story, I might have surmised that two, or ever three, different draughtsmen had executed the four full-page illustrations.

Harris is more than competent, but following the Brock brothers, his work appears of lesser quality by comparison. They would be a tough act to follow, even for an above average chap like Harris. 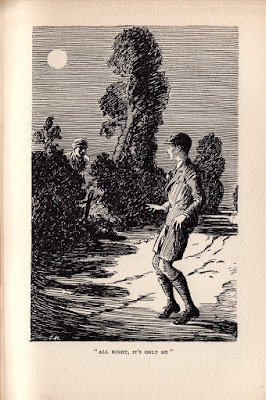 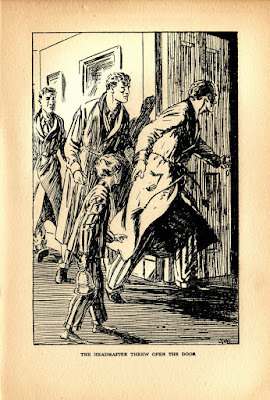 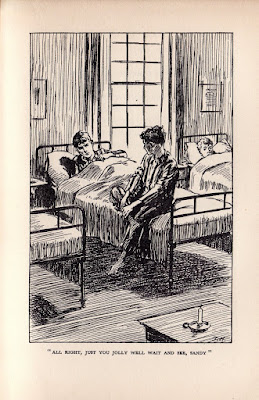 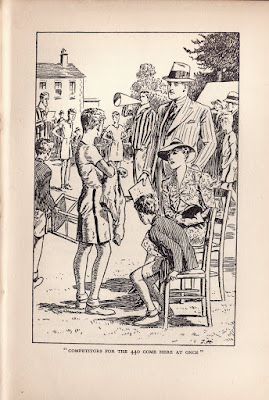 Check in next time, when we'll take a look at Oxford University Press's 1950 reprinting of Meredith and Co. See you then!