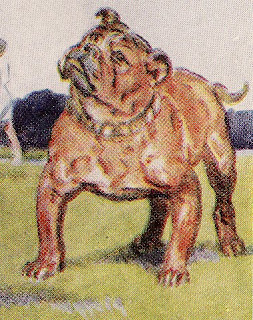 Before we close things out here at Who Is George Mills?, it just wouldn't seem right not to have a bibliography of writing about Mills and his work from outside sources.

That said, it will have to be a slim one. If a great deal was ever written about Mills outside of brief advertisements for his books, not much of it is on-line today. I've presented everything here that I could find, no matter how spare. 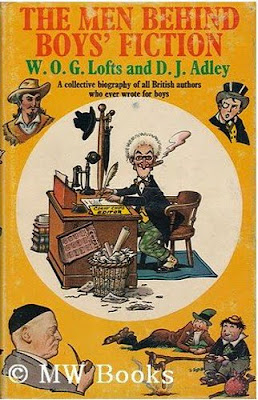 And although this bibliography leads off with the text with the most disturbing title by far, it is in alphabetical order by author. Following each citation is either the entry in its entirety or an excerpt from the text. I have also taken the liberty of annotating each entry.


[An incredibly skimpy but well-meaning autobiography and bibliography of the works of George Mills; one wonders about the meaning of "r n"; Mills was undoubtedly never a registered nurse!]


George Mills taught for many years in a preparatory school (after having been a pupil in one—Parkfield, in Haywards Heath), so it is not surprising that his three school stories should have a similar setting. 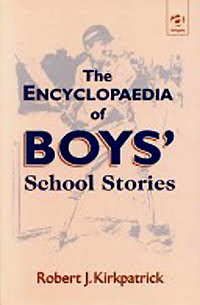 Meredith and Co. was one of the first prep school stories of its kind — lighthearted and whimsical, a forerunner to the Jennings books of Anthony Buckeridge in so far as it emphasises the comical side of school life, based on the misunderstandings that arise when the juvenile view of things meets the adult view. But it is also a more rounded picture of school life, in which the importance of games and work (the Common Entrance Exam) are not forgotten. The real hero, though, for many readers, was Uggles, a bulldog owned by one of the boys whose unexpected appearances caused havoc.

King Willow was a sequel to Meredith and Co., equally as high-spirited. Minor and Major was similarly set in a prep school, although a different one this time. If anything, it is even more whimsical, with its heroes nicknamed 'Puddleduck major and minor', and a series of pranks and bizarre happenings which disrupt the routine running of the school.


[What a well-considered summary and relatively complete summary of the prep school stories of George Mills. I would have to agree with the assessment that Uggles, the bulldog, was assumed to be a popular character, if by no one else but the publishing houses themselves—at least during the 1930s, when Uggles [far above, left] graced the gorgeous cover of the first edition of Meredith and Co., and was prominently displayed on the spine and in interior plates within 1938's King Willow.] 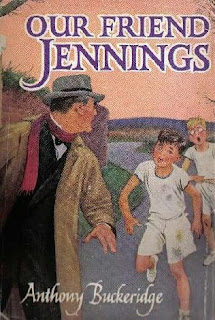 Excerpt: Prep schools, with their enclosed environments, rituals, rules and traditions, are ideal settings for fiction. Indeed, prep schools have featured in fiction since the late 19th century, although it wasn't until Anthony Buckeridge began portraying the adventures of J.C.T. Jennings on the BBC's Children's Hour in October 1948 that prep school stories began reaching a wide audience. To begin with, prep school fiction was aimed, not surprisingly perhaps, at young children. An early example was George Mills' Meredith and Co., first published in 1933 and reprinted in 1950 and 1957. These reprints were presumably cashing in on the popularity of Jennings, whose first appearance in book form (Jennings Goes to School) was 60 years ago this year.


[It takes no more difficulty than to look at the entry above to see that what Kirkpatrick has written here is exactly backwards: George Mills breathed life into the boys' preparatory school genre and his titles were popular until the onset of WWII, when, my hunch is, other matters began to take precedence. Following the war, in 1950, Anthony Buckeridge took advantage of a void by cashing in on the popularity of books like Mills's. It would have been tit-for-tat for Mills and his publishers subsequently to cash in on the success of Jennings with George's late 1950s/early 1960s reprints.] 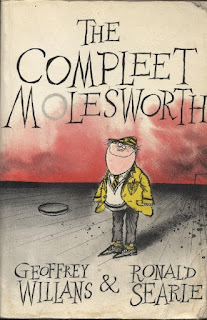 Excerpt: The tradition of the school story began in earnest with the publication of Thomas Hughes's Tom Brown's Schooldays in 1857, which opened the floodgate for a stream of books, comics and tales flowing well into the 1970s. While the focus of these works varied, from the somewhat earnest moralising of George Mills's 1938 novel King Willow to the slapstick of Charles Hamilton's Billy Bunter and the anarchic hilarity of Geoffrey Willans's Molesworth series, they were nevertheless subject to a series of shared conventions, the recognition of which made them a familiar, nostalgic experience, even to those readers who didn't attend boarding school.


[It is interesting to note that within my lifetime—from 1973 to 2011 here—that there has been a shift in point of view regarding the work of George Mills. In the second entry above, George's books are seen as a "rounded picture of school life", while here in 2001, the Guardian sees the prose as merely "somewhat earnest moralizing". One then wonders how the point of view had changed between, say, 1933 and 1970.]

And that, as they say, is that.

We don't learn a great deal here. The lovers offering paeans to the Jennings books appear to have not read the many, if any, of the titles by Mills, while the most cogent and informed of these assessments cite the Mills books as the "forerunners" of those by Buckeridge.

What can get a feel for, however, is that the books of George Mills are part of a long tradition of boys' school stories still in existence today. Mills was a key—if not well remembered—figure in the transition between school stories that still held Victorian sensibilities and more modern prose, especially in his interpretation and use of jargon, and in the broader capacity of exemplifying that the whole child needed to be addressed by his education through games, sport, and, yes, hard work. 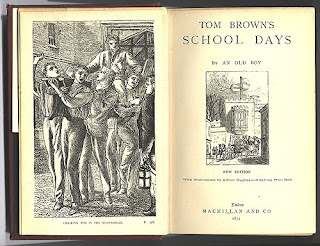 Mills was not prolific. He didn't write stories about Uggles, et al, for years. In fact, rather than starring a single boy, the fiction of Mills shifts the focus from lad to lad as time passes—as happens in real life—and pays homage to the passing of time, another tip of the cap to reality. Boys grow and change. They pass from form to form. They sit the Common Examination, and they leave, existing after that primarily in each other's memories.

It's a unique point of view: Establishing a "brand," as it would be marketed today, and then not milking it for every dollar or pound it could be worth. No Mills was not prolific. But he was, indeed, significant.

Chances are, if you have read any other scholarship or informational, about George Mills, his life, and his books, I wrote it. I do not mean to my chest in saying so: There simply was almost nothing on the internet when I began my research. George Mills on Wikipedia? Shelfari? The addled Library Thing? Yeah, I wrote those.

So if you have or are aware of any other direct references to George Mills or his work, please let me know and I will include it on this site as quickly as possible—and thank you!