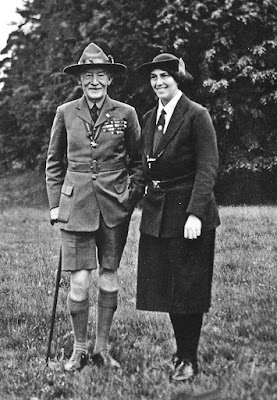 Researching George Mills, his family, his acquaintances, his education, professions, his military experience, his neighbourhoods, his communities, and his pastimes can be, to swipe from Lennon & McCartney, a long and winding road. Sometimes it's simply too tempting not to drift away from a line of study—for example, when I received photographs of Joshua Goodland and Warren Hill School a couple of months ago.

Long overdue, it's time to return to some unfinished business!

Earlier this year, we looked at the years the Mills siblings—Agnes, George, and Violet—spent in Budleigh Salterton, Devon, and what immediately stood out was their dedication and apparent skill in the sport of croquet.

We examined their records, tournaments, and comrades from 1947, when the Misses Mills moved to Grey Friars in Budleigh, through to their passing in the early 1970s.

There is no athletic record of George Mills prior to his entrance into the croquet world, but his sisters are a different matter entirely!

To rewind a bit, Agnes Edith Mills was born in Cornwall on 11 June 1895 while her father, the Rev. Barton R. V. Mills, was vicar of Bude Haven. Her mother was Elizabeth Edith Ramsay, whom the widower had married on 11 January the year before. George Ramsay Acland Mills was born a year later on 1 October 1896. Violet Eleanor Mills came along on 17 November 1902, after Barton's father, Arthur Mills, M.P., had passed away and the family relocated to Kensington, London. 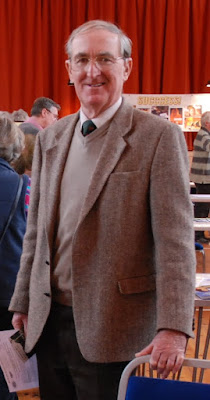 There is no record of where or when the girls went to school although they must have. One of the few things we know about them as young ladies is that they would have been well aware of the inception of Robert Baden-Powell's popular scouting movement in 1907, as well as when Agnes Baden-Powell [pictured above, right, with Robert] founded the Girl Guides in 1910. The Mills sisters were about 15 and 8 years of age at the time. They were "keen" on the Guides, presumably with Agnes taking Violet under her wing.

The Girl Guides embraced physical fitness, survival skills, camping, and citizenship—skills and traits that would serve British girls well during what we now know were two major global conflicts on the horizon.

Physical fitness must have been important to the girls. We already know they played competitive croquet into their seventies. Was it a late in life commitment to health, or something in which they had always been involved?

Dr. David Evans of Budleigh Salterton [left], who knew the siblings, recalls that Violet was a good golfer, and that "just after World War Two she was on a ship to South Africa and was invited to represent the national England golf team."

While Dr. Evans's estimate of the time fell on the wrong side of the war, we do know he was correct about the South African voyage. Violet, then 33, steamed into Southampton on 20 April 1936 from Durban, South Africa, via Natal and Madeira, aboard the Edinburgh Castle of the Union Castle Mail Steamship Co, Ltd., along with Gladys Emily Mills, 39, a nurse whose home was in Southern Rhodesia but who was bound for Wallasey, Cheshire, near Liverpool, who intended to make a "foreign country" her future permanent residence, and who was presumably a relative. 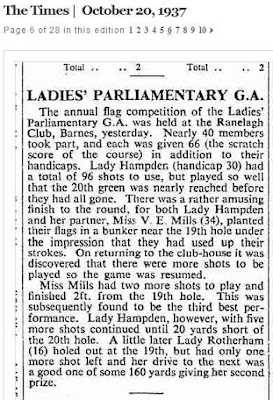 This is Violet's only recorded trip abroad and must have been the voyage during which she the golfers made overtures. At 33, she still of an age to play competitive age for golf. She would have been in her mid-40s following World War II, past her prime, and an unlikely candidate for such an invitation.

The search engine at The Times database is notoriously parsimonious about revealing all of its information about any one subject, but we do know that on 19 October 1937, Violet (34 handicap) played in the Ladies' Parliamentary G. A. at the Ranelagh Club in Barnes with a Lady Hampden (almost certainly a relative of her half-brother Arthur, the son of her father's first marriage to Lady Catherine Valentia Mary Hobart-Hampden; Violet was a 30 handicap), and finished third, just 2 feet from the cup on the 19th hole of the competition [right].

On 26 October 1938, Violet played the same tournament and again finished third, with her ball on the 19th fairway, in a competition that took place under adverse conditions in which visibility was only 50 yards.

Finally, at the Ladies' Parliamentary Tournament in Pulborough on 17 May 1939, a 36-year-old Violet was eliminated in the second round "by 6 and 5" at the hands of her opponent, Miss E. Bevin.

Assuming that Violet played in the first round of that tournament, we know there are likely up to 8 times as many results of golfing events that include Violet, but that weren't accessed by the paper's ridiculous search engine. (And, for this marginal access, they charge me a costly premium!) 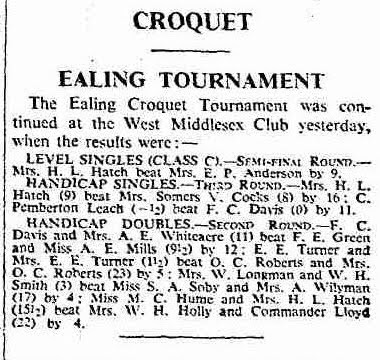 Besides golf, however, we find that before 1936, Violet was a fairly accomplished lawn tennis player.

Again, unless she and her partner drew a bye directly into the semi-finals, or unless that tournament began in the semi-final round, there must be results which I cannot locate by searching. Given that, there must also be many other tournament results crouching within the Byzantine archives of The Times.

The database reveals only one athletic event for Miss Agnes Mills before 1950: She and her croquet partner, F. E. Green, were defeated by 12 in Handicap Doubles during the second round of the Ealing Tournament on 3 May 1934 [above, left]. 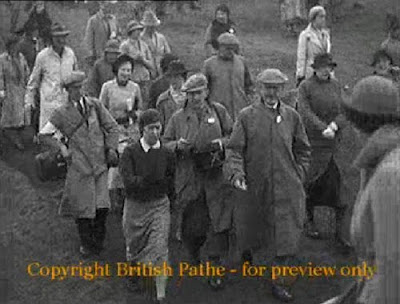 While we may never know the extent of the participation of the Misses Mills in organized sports, it is clear that things must not have worked out with the "national" team which extended an invitation to Violet in 1936. Labouring under the assumption that a membership on the team would have included a place in that autumn's Curtis Cup match against the United States, Violet must not have earned that spot. A British Pathé newsreel, released on 5 November 1936, names each member of England's team, which does not include Violet Mills (Click HERE to view the newsreel; additional footage is HERE).

Still, even to be considered for that prestigious team is truly noteworthy in a nation as keen on golf as the founder of the sport, the U.K.

However, we do, in fact, know the extent to which Agnes and Violet were involved in croquet before the Second World War, thanks to the database at the Croquet Association.

We'll look at the involvement of the Misses Mills in pre-WWII croquet next time. Stay tuned!