Goodland, Golf, Rome, and an Apology 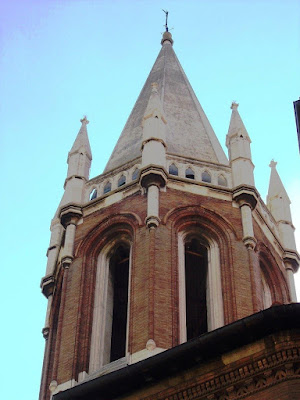 Just as I was sitting back and basking in what I thought was a complete examination of Joshua Goodland, "sometime Head Master of Warren Hill," and his family of origin, something was nagging at me still.

While spelunking in the "Mills" mail folder in my Outlook Express, I found what was bothering me: Over a year ago, in trying to determine the identity of the "J. Goodland" mentioned in the dedication of Meredith and Co. by George Mills, the Eastbourne Local History Society had done some research and even made a contact regarding Goodland's identity. They were simply waiting to hear back from someone, it seemed to me in hindsight, from Rome, Italy.

Looking back at the exchange of messages, and here's what I found…

First of all very many congratulations on the research that you're doing ... it's amazing what you have put together on your website.

Your enthusiasm is rubbing off and I've resolved to find out more about Warren Hill School ...

You will see below that the Times indicates that there may have been three men by the name of Joshua Goodland. In addition to our headmaster, there was a barrister who was a keen competitive golfer; also a vicar who became the incumbent of the Anglican Church in Rome [pictured above, left]. I am pretty sure that the barrister is not our man ... but is there just a chance that JG had studied for holy orders while at Trinity College Cambridge? (See the reference below to Friday, Jan 18, 1907.) Could he have gone to Rome after leaving Warren Hill? In any event, I have written to the church in Rome and will send you a Bcc copy. We'll see what they say.

Perhaps you could hold off for a while before putting the above on your site ... it would be good to wait for a reply from Rome. It may all be a total red herring.

However, you mention [Oscar] Wilde ... I wonder if the dates and name of the college tally with the Times report for Friday, Jan 18, 1907.

What do you think?


"Hold off" is exactly what I did, and for so long that I almost completely forgot about this message! And, yes, the dates do coincide, as we know, with Vyvyan Holland's attendance at Trinity Hall.

Along with the information above, the following data was included. I have added annotations in blue:

More information from the Times

[We know this to be Josephine Mary Goodland, whose birth is not among those recorded in England at ancestry.com.] 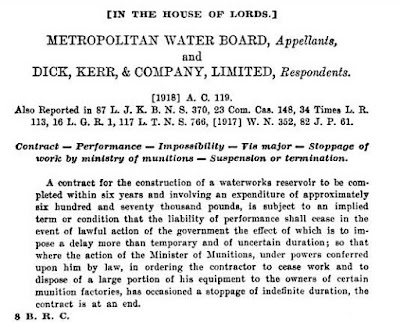 The Times, Tuesday, Nov 27, 1917;
Mr Joshua Goodland appeared in a court case at the Court of Appeal in London; House Of Lords. Large Contract Terminated By The Minister Of Munitions., Metropolitan Water Board v. Dick. Kerr, And Co. (Limited).

[We've read of Goodland's participation in this case on behalf of the Ministry of Munitions.]

The Times, Tuesday, Oct 16, 1934
Rev Joshua Goodland appointed incumbent of the Anglican Church of All Saints in Rome

[This clearly explains why Goodland's name disappears from British telephone directories after 1934 and before 1937 when he became the Vicar at Compton Dundon.]

The Times, Saturday, Oct 27, 1934
Rev Joshua Goodland (who had come from Rome) officiated at the funeral of 2 New Zealand airmen who were killed when their aircraft crashed near Naples

The Times, Tuesday, May 07, 1935;
Thanksgiving Services In Italy Cardinal Pacelli At English College (It seems that JG was the chaplain to the British embassy in Rome) 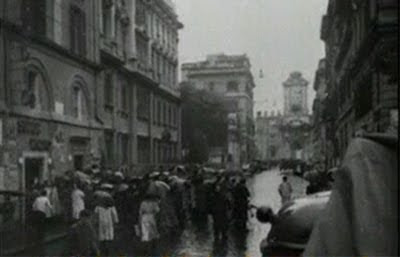 [Here we learn that Goodland also served as chaplain to the British Embassy in Rome [seen left, in 1946]; Goodland's experience as a cleric is eerily similar to that of George's father, Rev. Barton R. V. Mills, who changed jobs quite a bit, among them serving as chaplain of the Anglican church at San Remo, Italy, and at the Chapel Royal at the Savoy.]

A search for J Goodland brought:- 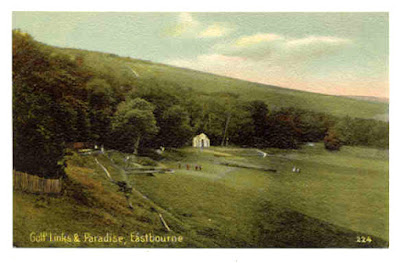 The Times, Saturday, Aug 08, 1931
Dissolution of partnership (as previously noted)

[These entries add to our assumption that Goodland was a truly avid sportsman; if seeking croquet entries in the database of The Times is any indication, there are probably 8 times as many actual golf entries for Goodland than their search engine would actually provide.]


A message was sent from the ELHS to the Anglican Church of All Saints in Rome that same day. As far as I know, no reply was ever received.

Rev. Goodland apparently left Twickenham to become the incumbent at All Saints in Rome, as noted above, in mid-October 1934. He was also the chaplain at the British Embassy in Rome.

Goodland became Vicar of Compton Dundon, Somerset, in August 1937, and that date is etched in stone—literally.

What caused the move back to England is unknown. We also don't know when Goodland left Rome. Still, this information does a great deal to fill in the time line of Goodland's life. 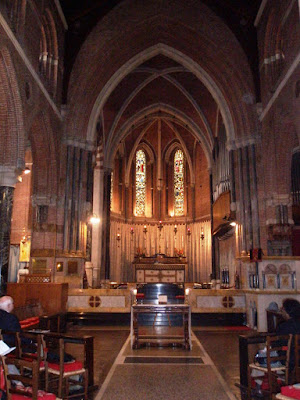 What's particularly interesting about Joshua Goodland is that, even in today's prevailing climate of education, relocation, re-education, and career change among workers of all kinds, Goodland's labyrinthine career still strikes us as unusual. I suppose that's why it seemed so difficult to nail down Joshua Goodland from among the barrister, the cleric, and the Head Master: He was, indeed, all three Joshua Goodlands rolled into one.

And that doesn't even take into consideration years he spent as a young man as an assistant elementary school teacher and an architect!

Anyway, I thought I had closed the book on Goodland, but a pair of year-old questions remains unanswered. Had Goodland studied and earned degrees for holy orders at Cambridge at the turn of the 20th century? And what are the particulars of his time spent as a cleric in Rome?

I was remiss in 'holding off' on this information foor so long that it was not included in my lengthy study of the life of Joshua Goodland. I appreciate the yeoman work of the ELHS in helping me research Goodland, and would like to extend my apologies for setting aside their initial body of research for so very long!

Messages have been sent to Cambridge and once again to All Saints in Rome to see if we can answer those final questions. Stay tuned…