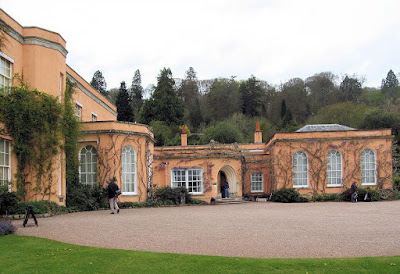 Although George Mills can be found listed on "Peerage" and "Plantagenet" websites, there's no reason to think that he was really anything but an ordinary fellow—perhaps a bit "upper crust," but still a fellow who walked out to buy the newspaper himself. I don't envision him having had the servants that populated his father's and grandfathers' households.

Still, there are homes that are associated with the story of Mills, and they definitely have a web presence that belies the fact that Mills ended up a relatively obscure retiree at Grey Friars [Greyfriars?] in Budleigh Salterton.

Here are a couple of sites linked to the Mills family, directly or indirectly, and what's happening there now. All images below were captured from the websites mentioned. 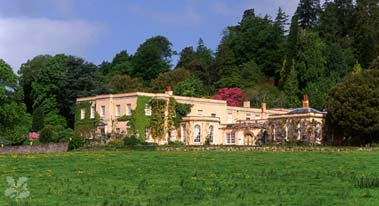 Killerton, Broad Clyst, Devon: George's father, Barton R. V. Mills, spent time there as a child with George's Uncle Dudley Mills when father Arthur Mills was abroad for extended periods on parliamentary business in the 19th century. At the time, Sir Thomas Dyke Acland, 10th Baronet, made the estate his home. He was George's great grandfather.

Here’s the blurb from the Killerton page at the National Trust's website:

Would you give away your family home for your political beliefs? Sir Richard Acland did with his estate, one of the largest the National Trust has acquired at 2,590 hectares (6,400 acres) with 20 farms and 200-plus cottages. Killerton House, built in 1778–9, brings to life generations of the Aclands, one of Devon's oldest families. The historic fashion exhibition, 'Elegance', explores the fabulous and luxurious dress of the past 200 years. The gem of Killerton, beautiful year round, is the garden created by John Veitch, with rhododendrons, magnolias and rare trees surrounded by rolling Devon countryside

Don't miss
* Feel at home in the relaxed atmosphere of the house.
* Escape into the garden with majestic trees and sloping lawns.
* Discover the rustic summerhouse – the Bear's Hut.

Efford Downs, Bude, Cornwall: Efford Down was the home of Arthur Mills, Esq., M.P., George's grandfather, and family. Here's a blurb from the Efford Down website, which features a business park, riding, and camping:

Business Park - Units available
Efford Farm Business park is a range of Cornish stone barn conversions suitable for uses such as workshop, office or storage, situated close to Bude town centre off of Vicarage road. The main conversion was during the eighties with two further units converted 2001 and 2007, all completed to a high standard. The owner lives on site to provide added security, there is ample parking and toilet facilities provided.

At the northern most point of the Farm, over looking Summerlease Beach and the breakwater, a former coastguard lookout stands. Known as Compass point, was built by the Acland family in 1840 of local sandstone, based on the temple of winds in Athens. It is so called as it has points of the compass carved in each of its hexagonal sides.

The Farm buildings appear on the 1880 OS map probably build with the stone from the quarry on site, as would have been the cottages which appear on the 1908 OS map, again built by the Acland family. 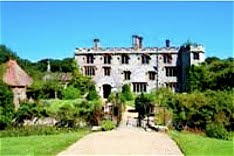 Mannington and Wolterton Halls: Lady Dorothy Walpole, who married George's brother Arthur Frederick Hobart Mills, was daughter of the heir of the Earl of Orford, Robert Horace "Robin" Walpole. He became the last of that extinct earldom, but the estates still remain. They are also mentioned in one of the least inviting web pages in the history of the internet, http://www.manningtongardens.co.uk/, which simply says: "LORD AND LADY WALPOLE INVITE YOU TO VISIT THE WOLTERTON AND MANNINGTON WEBSITE."

Click through and you find, again, that: "Lord and Lady Walpole invite you to enjoy the countryside around their family properties. 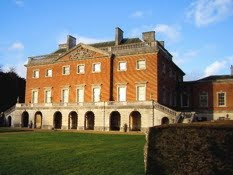 Season tickets can be purchased using the Events Booking Form.
Please print the form, fill it out and post it to Lady Walpole at Mannington Hall. 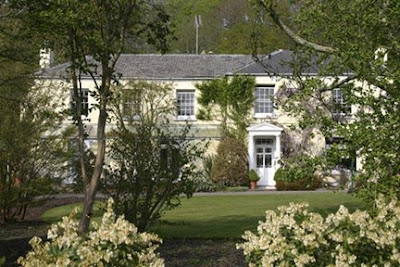 Rosemoor Garden, Devon: Robert Horace Walpole also owned a hunting lodge in Devon where his wife, Countess Emily, and younger daughter, Lady Anne Walpole, ended up living after he emigrated to New Zealand for his health. The Countess Walpole and Lady Anne spent years planting and caring for gardens that are now part of the Royal Horticultural Society.

Here's a blurb from the RHS website, featuring quiet get-aways and full-scale weddings:

If you are looking for inspiration and a relaxing day out, come to RHS Garden Rosemoor and stroll around our enchanting 65-acre garden. Rosemoor is a garden of intoxicating beauty, meticulously crafted and planted, retaining the essence of rural North Devon within a dramatic backdrop of steep wooded valley sides. Whatever the season, the exciting colours, scents and textures mean that all your senses will be stimulated, and with both formal and informal gardens - as well as woodland walks, water features and open spaces - there is something for children and adults alike to enjoy time and again. 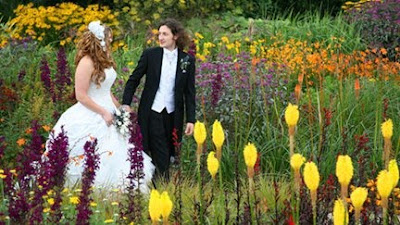 Now, a 65-acre hunting lodge may seem excessive by today's standards, but it must be remembered that when Walpole bought it… um… he was basically cash-strapped, if not broke—or so he was on record as having told his rich in-laws. My hunch is that being cash-poor was, indeed, the case, but it obviously didn't stop him from leading a high-profile lifestyle including travel, estates, and much notoriety for his exploits—including an unfortunate scandal that almost destroyed his family.

But that's a story for another time. Meanwhile, virtually enjoy lands connected with George, Arthur, Barton, Arthur F. H., and Lady Dorothy Mills, if only on-line.

And don't forget about this website, Who is George Mills? Season tickets are always available here, too, and at no cost to you!