"Here's to our wives and girlfriends... May they never meet!" - Groucho Marx 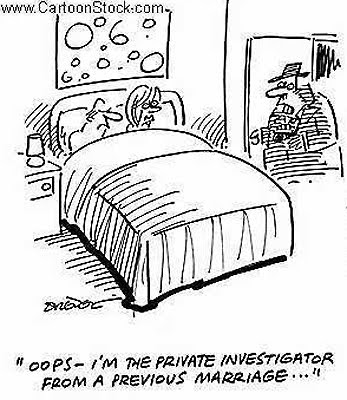 This in from the venerable Barry McAleenan regarding an earlier post about Arthur F. H. Mills and his unexpected new wife:

... due to infidelity with a Miss Jasmine Webster.

Frequently in the 1930's, the grounds for a divorce were contrived with adultery being the simplest and most effective means. It only required that a reliable witness observed an 'errant couple' sharing a hotel room in Brighton. The witness was employed by the petitioner's solicitor and was usually a private detective who would pay for the services of a suitable woman. Was it done the same way in America?"

Yes, there have been dozens of film noir here in the States that I seem to recall involving "private eyes" being hired to check out apparently adulterous spouses, and even meddle in the affairs, and I understand it's still a big business here with divorce rates at 50%. It wouldn't be so much to get the divorce itself, but to affect a favorable settlement.

I've already thought of one possibly-appropriate Groucho Marx quote today, and now another comes to mind: "Behind every successful man is a woman, and behind her is his wife." 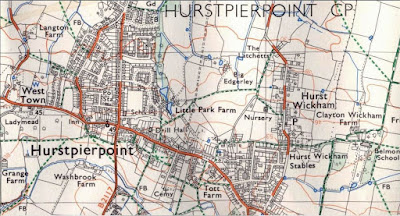 Now, the immediate location Arthur Mills took to dwell with that new wife,

I bought the Ordnance Survey map (Outdoor Leisure 9) when I first moved to the area - just before The Big Storm of 1987. Checking the small print tells me that it is the 'Selected Revision 1980'; also, 'Major roads revised 1974-75'. Neither scan has been cropped and should therefore reflect the map scale of 1:25,000 [2.5 inches to the mile; 4 cm to 1 km]. The colour scheme on the map was improved so as to be more readable at dusk! Google would show major changes now (2010).

Hassocks Golf Course was probably a 'set-aside' field converted in 1995, when the owner/farmer was subsidised to become less productive following an EEC directive." 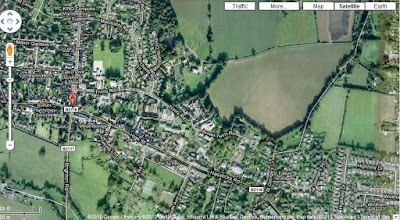 Thanks again, Barry, for all you do. I've taken the liberty to punch up an image of the same area today on Google Maps [left], and it does, indeed appear quite different from the 1980 map—"major changes" would be correct!

Last night, possibly in honor of the service of Arthur Mills in Palestine against the Ottoman Turks, my wife, Janet, and I dined at Istanbul Turkish Cuisine here in Ocala. The Sis Kebap and Moussaka were magnificent, but what really impressed me was a live jazz duo that was on hand.

One gentleman—Rudy Turner—played virtually everything: Keyboard, synthesizer, and harmonica in a single chair, with a gorgeous blonde Gibson arch-top guitar on his lap that he occasionally riffed on, all while handling all of the vocals as well. Sometimes, I admit to feeling like Rudy, trying to keep all the mixed-metaphorical balls in the air at one time. 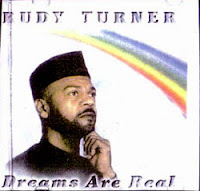 Still, while Rudy would have been entertaining, what made it all work so well last night were really cool and melodious breaks added by an alto sax player named Steve. He made it a truly complete performance, despite the feverish work of Rudy to seal the deal. [You can see Rudy play a medley in what looks like a banquet room at the Ocala Hilton without Steve's haunting saxophone (or any ambience at all) and hear what I mean by clicking here. He was 10 times better last night, but, boy, does he need Steve!]

Many thanks to Barry and everyone who has helped make my effort more complete in so many ways. I can't tell you how much I appreciate your knowledge, industry, and thoughtfulness!