Panora Cameras, Francis de Wolff, the Koh-i-noor Diamond, and the Marquess of Dalhousie 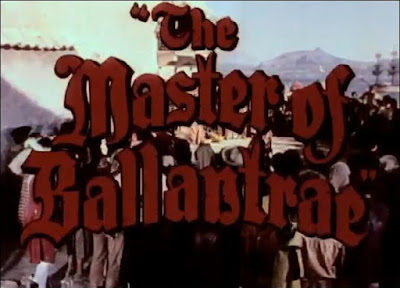 I'm still working at cleaning out the ol' mailbag here at Who Is George Mills? and here's something that's been unaddressed for far too long.

You may recall that Barry McAleenan sent me a 1956 photograph of his class at Ladycross Catholic Boys' Preparatory School in Seaford way back in April. I knew Barry must've been in the photograph, but in my excitement over obtaining an image of George Mills, I'd neglected to ask which of the boys was Barry himself!

I finally did ask, and here's his reply:

Well... I'm still flattered that you continue to find my musings worth publishing on your blog. I can't guarantee that my comments are categorically correct. I tend to hope that they may occasionally nudge you into a more fruitful line of research.

Re the school photo: I'm second from the right in the back row - looking as if I were sucking a lemon between takes. The tallish boy in front of me is Mervyn de Wolff, whose father, Francis, had been in the 1953 film, The Master of Ballantrae [above, left], with Errol Flynn. The thing about Panora cameras was that they scanned (panned) the group from left to right because the camera was rotated quite slowly by a motor - probably clockwork. The group was actually arranged on an arc defined by the two rows of chairs all at a fixed distance (radius) from the camera. It was a caning offence for a pupil to run from the left edge to the right edge and be in the photo twice!


I'd wondered about these panoramic images before, and now I understand. I also "get" the line from an episode of To the Manor Born in which Marjorie notes that Audrey is seen standing at both ends of their prep school photo!

Shamefully, almost a month ago I received another bit of Ramsay family information, courtesy of Barry Mc. With my school year ending and my holidays beginning, I admit that I let it slip too far below my radar: 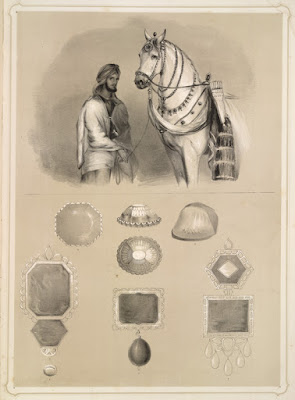 Dear Sam
I was listening to a BBC Radio 4 program which was a 'caper' detective play about the theft of the Koh-i-noor diamond, set at the time of the Great Exhibition of 1851 in the Crystal Palace....
FROM WIKIPEDIA: One of the terms of the Treaty of Lahore, the legal agreement formalising this occupation, was as follows:

The gem called the Koh-i-Noor which was taken from Shah Shuja-ul-Mulk by Maharajah Ranjit Singh [left] shall be surrendered by the Maharajah of Lahore to the Queen of England.

The Governor-General in charge of the ratification for this treaty was Lord Dalhousie. More than anyone, Dalhousie was responsible for the British acquiring the Koh-i-Noor...
WHICH LINKS TO: James Andrew Broun-Ramsay, 1st Marquess of Dalhousie KT, PC (22 April 1812 – 19 December 1860) was a British statesman, and a colonial administrator in India. [This based on an entry in the 1911 Encyclopaedia Britannica.]
Seems to have been a significant operator. I never quite know how much you may already know. This seems to take the Ramsay link back a couple of generations to the Battle of Waterloo in 1815.
Kind regards,
Barry 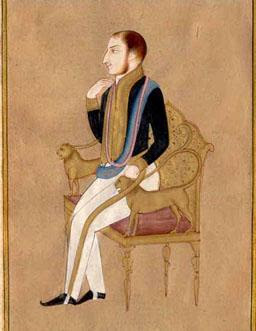 Always one to keep me busy exploring the connections between the Mills family and the world in which they and their ancestors lived, Barry has come up with a link to a fellow—J. A. Broun-Ramsay—who, if I'm correct, may be the brother of David Wingate's great great great grandfather [pictured, right]!

This may be of special interest to David, and to Alan Ramsay, another descendant in South Australia. Even if it isn't, every time he clicks "send," I know I'm bound to learn something. Thank you so much, Barry!

There'll be more from Barry soon. And thanks to everyone who's helping me plaster together a life for George Mills and his family.

I really appreciate it!