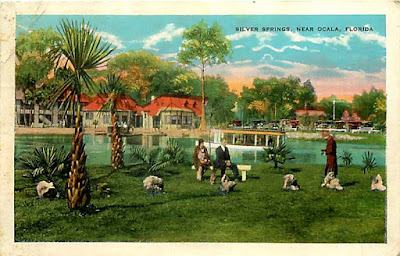 The lazy, hazy (if not yet terribly crazy) days of north central Florida's summer are tightening their collective sultry grip around the population here, and the constant hum of air conditioners has been added to the songs of the local birds, the buzz of the cicadas, and the croaking of randy frogs in Ocala's numerous retention ponds after a shower.

In no time at all, it seems, I've caught up on more pressing matters related to our research, so it's probably a good time to take a look at some things that have been simmering on the metaphorical back burner.

Back in January we had word from an unnamed friend of Budleigh Salterton's Michael Downes about the discovery of Grey Friars, the home of George Mills and his sisters. Information regarding the abode, 15 Westfield Road, included this:

Interestingly there was another children’s author who lived in Westfield Road – he was the author of a series of the “I Spy” books, but at present the name escapes me!

Now, colour me interested! Two mid-20th century children's book authors just happened to end up as neighbours in Budleigh Salterton in Westfield Road. First of all, let's determine when each of the gentlemen arrived there.

We know the Misses Mills, Agnes and Violet, left their home at Cadogan Gardens in London where they had lived with their mother until her passing in 1945, in 1947. The telephone there was in the name of the "Misses Mills," although we know at some point—either then or in the future—brother George would also reside there.

This information is from a website called Great War Forum: 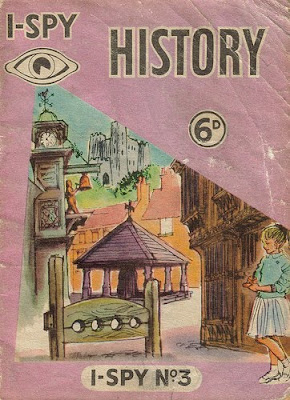 Charles Watson Warrell was born at Farnborough, Somerset on 23 April 1889. At the time of the First World War he was married (probably to Elizabeth Gill?) and the Head Teacher at Higher Wych School, Whitewell, Flintshire.

At some later date he was Head at Pleasey Hill School, Notts. He came up with the very popular "I-Spy" series of children's books, publishing them from 1948 onwards and assuming the guise of "Big Chief I-Spy". He retired in 1956 and handed over the mantle of Big Chief and the books (which after going through various hands and metamorphoses are apparently still in print).

He went to live at Budleigh Salterton, Devon, and died aged 106 at Matlock, Derbyshire on 28 November 1995.


That gives us the name of George's author/neighbour, and a possible year that Warrell, a veteran of the Great War, probably took up residence at Budleigh, although he it may have taken some time to locate and purchase a dwelling. Perhaps, then, he arrived to stay as late as 1957.

In 1956, as we know, George Mills spent the summer term teaching at Ladycross Preparatory School in Seaford. We also know that he began playing competitive croquet for the first time in 1957, actually taking a prize at the tournament in Budleigh Salterton that July.

George would play croquet alongside his spinster sisters through 1971 when he became too ill to take to the lawns. Before that, George Mills is not listed on any prize lists.

In addition, in his 1973 Croquet Gazette obituary, authored by Budleigh's Gerald Cave, it is noted that George "was a late starter to croquet." Mills would have been 60 years of age when he took that 1957 prize. Can we assume that George may not have been retired before then, had not yet made Grey Friars his permanent home, and was not able to pass his days on the lawns at the club until then? 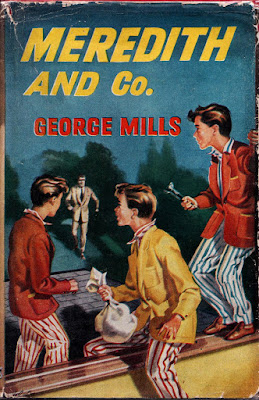 Warrell and Mills probably arrived at Budleigh intending to make it their permanent residence sometime in 1956 – 1957.

It may be because of my generally skeptical nature, but I'm prone to think that most 'coincidences' generally aren't.

We also know that Mills was enjoying a bit of a renaissance as an author at that time. Andrew Dakers, Ltd. and Spring Books in London reissued his three schoolboy titles (Meredith and Co., King Willow, and Minor and Major) for a new generation's reading pleasure. The post-war baby boom, with most of the boys of an age to enjoy George's titles above by 1957, would seem to have coincided nicely with Mills reaching retirement age.

George necessarily would have spent time in London in 1956-57, signing papers for the reprinting of his texts, and possibly even doing book signings at local booksellers.

Did Mills and Warrell meet as children's book authors, perhaps in London? Let us not forget that they were both schoolmasters, and, as we see above, they were both veterans of the First World War.

If George's plans were to retire with his sisters at seaside Budleigh Salterton, might he have shared that idea with Warrell at a time when Warrell was thinking about how to spend his own golden years?

Perhaps. It would be interesting to know if the two men were friends because we have no evidence at all to suppose that anyone in Budleigh Salterton—not a single person that I know of—knew that George Mills was or once had been a published author of books for children.

Let's finish with an excerpt from Warrell's obituary by Nicholas Tucker of The Independent from 30 November 1995: 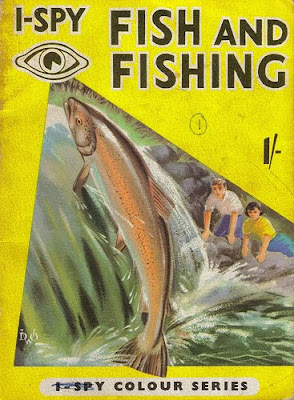 After failing with eight publishers, Warrell produced his little books by himself. He then chose his local branch of Woolworth's as a main outlet, drawing on a friendship with that firm's principal book-buyer based originally around a common interest in breeding pigs. Swift sales led to many more books, plus serialisation for two years in the Daily Mail and then, for a longer spell, in the News Chronicle. The whole series was to last till 1986, since when it has re-appeared under a succession of different publishing houses.

Warrell's I-Spy books combined simplicity of design with a great deal of accurate, often ingenious, research. Costing only sixpence, or a shilling in colour, each miniature paperback concentrated on a particular topic ranging from The Seaside to People in Uniform.

Always happy to appear in his giant head-dress on special I-Spy pow-wows held at different parts of Britain, during which various tasks would be set followed by a grand session of prizegiving, Warrell eventually opted for a quieter life at his home in Budleigh Salterton, where he walked and gardened almost to the end. His birthdays in later years became something of a rallying point for Red-skins both young and old, happy to honour their still surviving Big Chief in his serene and well-earned retirement.


There is nothing here to suggest clearly that Warrell and Mills had anything but a passing acquaintance, if that, perhaps simply a polite nod of acknowledgement in passing during strolls along Westfield Road [below, left]. Budleigh clearly knew who Warrell was, while George Mills, though an affable croquet player, was apparently locally unknown as a British author. 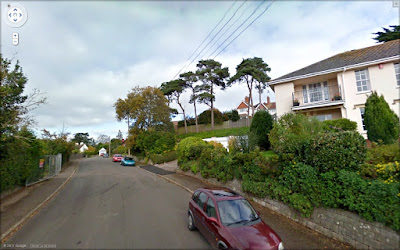 This fits into our findings that, while people remember the presence of George in Budleigh Salterton, or are sure that they must have met him, I have found no one with any clear recollection of the man.

This rests at odds with this line from Cave's croquet obituary of Mills, mentioned above: "[H]is exuberant and loveable personality made him a welcome member of the game."

George Mills is certainly a mystery: A sociable, witty, exuberant, and lovable man who almost no one seems to be able to remember.

Perhaps this connection with Warrell will prompt someone to write who may have known both men at Westfield Road, and then we may be able to bring George Mills into far greater focus!

Please contact me with any memories of, or information about, Charles Warrell or George Mills of Westfield Road, Budleigh Salterton, and thanks!