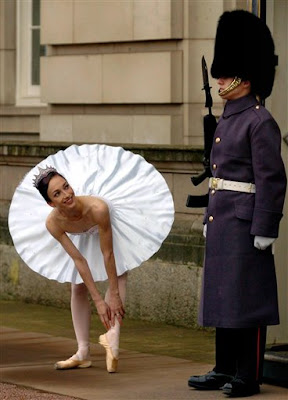 One of the most rewarding aspects of doing this research is meeting (at least 'virtually') people from around the world and hearing about where they live (or lived) and what it was like in another time. I have to admit, we Americans are generally so provincial that I know people who traveled through Europe, for example, rarely eating anywhere but a McDonald's or drinking anything except Diet Coke! We like to see exotic places on HDTV, but in person, as a rule, most often think it far more convenient for other lands to be exactly like the United States!

My only time in England involved a three-hour layover at Heathrow, which I will assume may not be completely identical to the rest of the U.K., although it was a great deal like a small shopping mall in the U.S. That's why I love studying Great Britain here and learning so much about it that doesn't involve simply our American fascination with "Big Ben" jokes, stoic palace guards, A Christmas Carol parodies, Lady Diana, and the recent Royal Wedding.


For example, soon after hearing from Joanna Healing, I received the following e-mail:

Fascinated to read your Blog. I think I can help a bit, as when I was a child I spent a lot of time in Budleigh Salterton, from about 1948 onwards, and then in the 1960s my parents moved there permanently, so I have visited regularly all my life.

I remember Aggie and Violet, although I was not so aware of George, but I knew of his existence, and doubtless met him at "the club". Aggie I remember was rather a strange shape which as a child I found fascinating!


That's from Judy Perry. Regarding a couple of croquet players at the club in the era of the siblings, she relates: 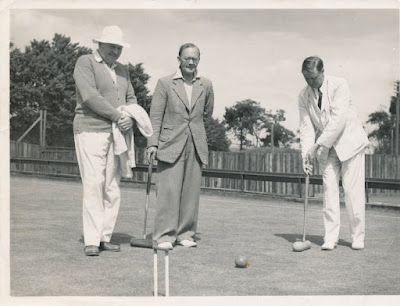 Gerald Cave [seen in hat, right, with two unidentified croquet players--any ideas who they are?] was my Godfather and I have photgraphs of him and also of his mother with whom he lived, (the Mrs G Cave you mention). Late in life he did marry for a second time. He was divorced early in his life, and remained single for many many years.

His mother was definitely Geraldine, (and his father a High Court Judge), but whether or not she played croquet I am not sure. I don't remember her doing so, but then when I knew her she was quite old.

His first marriage was to an American, was very brief and the wife and daughter lived (returned?) to the USA. Much later on Gerald married Marjorie [and] my father Bill was best man at the wedding in London. Marjorie (don't know her surname) went to live in Budleigh and moved in with Gerald and his mother (which did not turn out to be a very happy arrangement as the two women did not get on!).

Just for your records Sir Leonard Daldry was definitely a member of Budleigh Salterton Croquet Club, and at one time also Chairman. His childless invalid wife died when he was in his late seventies, and he remarried a younger woman and promptly produced a son and a daughter, his first children. He didn't take much interest in croquet after that!


[Update: From Chris Williams of the Croquet Association on 29 June 2011: "I think that the player on the right in the photo with Gerald Cave (Friday June 10 article) is Humphrey Hicks." Thank you very much, Chris, and to the Fairlynch Museum in Budleigh for use of the undated image!]

My father featured quite a lot in the Budleigh croquet club. He was Bill Perry (actually he was Bennett Gregory Perry, but he was always known as "Bill"). His wife, also "Vi", my mother, was Geraldine Cave's god daughter. 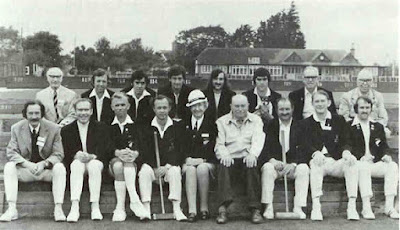 An Australian by birth he spent most of his life in England, and landed up playing croquet for England against Australia! Bill played croquet with all the characters you mention [Bill played on the 1974 MacRobertson Shield-winning team, although he is not seen in the team photograph, left], and was twice Chairman of the Budleigh Club. After my mother died he remarried and his second wife Diana (nee Barker). [She] is the Diana Perry mentioned on the Budleigh Salterton website as the author of the club history. Sadly she too is now dead.


Thank you so much, Judy, for getting in touch!

With Judy's insight and memories, we get a much a clearer image of what the close-knit world of Budleigh Salterton must have been like in the middle of the last century. Although Bill played most of the contemporaries of the Mills siblings, he never played George, Agnes, or Violet. Someday I hope to visit Budleigh Salterton and see where it all took place, but at the rate they've been cutting teachers' pay all around the U.S., the street views I access on Google Maps may have to suffice!

Finally, a word about George Mills.

George is quite a mysterious character. Known as a witty, abundantly clever, and very sociable man, it continues to surprise me that those who met him—or, as in Judy's case above, believe they must have met him—have little or no recollection of the man [seen below, right, possibly with one of the unidentified players pictured above]. 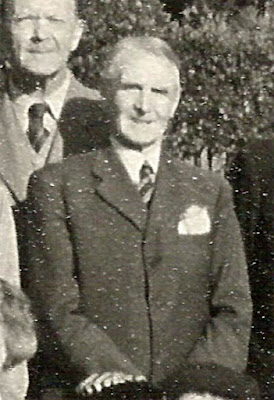 Admittedly, most who would have known him then were children, and it is now 39 years since he passed away. Still, as an author of popular children's books and having spent years as a schoolmaster, one might have thought he would be among the more memorable characters around the club in Budleigh to local youths.

Did his speech impediment (perhaps the lisp with which he endowed the new boy, "Pongo," in his children's novels) preclude him socializing with people he didn't know very well? Pongo's impediment was brought on and made worse by anxiety, especially social anxiety, and perhaps that was something Mills also battled throughout his life.

Did years spent away from schools—after 1938-39, we are only sure he taught in the summer term of 1956—diminish his ability to relate to the young? He did serve in WWII as a paymaster, and perhaps he left the service and spent years as a civilian in a clerking/accounting capacity, in a small office or dreary cubicle, having his joie de vivre drained from him daily.

And, as a childless widower who had no known nieces or nephews, it's uncertain how much contact he might have even had with children after leaving Seaford in 1956 through his last days by the sea in Devon. Perhaps precious little.

For whatever reason, it still remains difficult for us to get to know George Mills, this agreeable and very social man no one can quite remember!

Anyway, Judy will be sorting through some items and may have photographs to share—something to which I will be looking forward. Until then, many thanks to everyone who has made it so pleasant to have asked the question: Who Is George Mills?