Walking the West Ward around Warren Hill in 1901 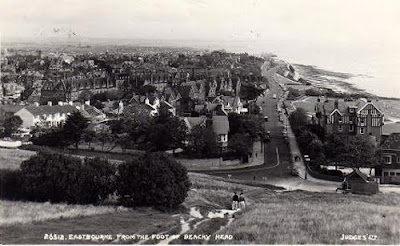 Just when you think there are no "quick hits" left to hit, more quickly turn up! Here is another one involving Warren Hill School (1885-1936) in Meads, Eastbourne. Well, maybe it's actually "not so quick" a hit…

Here is a result from the 1901 census found at: http://www3.telus.net/ggassoc/family_tree/were/pafg373.htm

It's a genealogical entry for a lad named Percival Armorer Forster, who was born in 1888 in Bishop Middleham, Durham, England. here are the details:


The 1901 census was conducted on 31 March 1901, and while the campus was seemingly fully staffed with servants (19 of them were on the premises), there were no schoolmasters there except the Head Master, A. Max Wilkinson and a "boarder" who was also a "schoolmaster."

Suddenly, it hit me: I could use the 1901 census to find out exactly where the mysterious "masters' residence" of Warren Hill School was! After all, it was believed to be in an image from a post card from before the turn of the century. 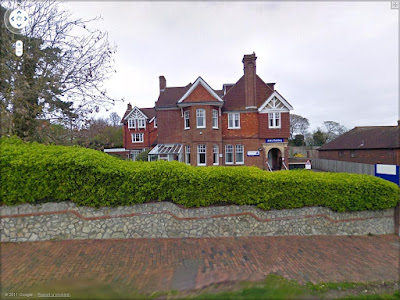 I checked the entire 28-page record from 1901 for the count done that day in East Sussex, Southern Eastbourne, West Ward, in the Parish of St, John the Evangelist. With every obsessive-compulsive bone in my body, I recorded the living quarters of each inhabitant even remotely connected with a school!

Here's the list, address first, noting if there was a "head" of the house who was not an educator, and exact occupation (as recorded):

And: A school matron, kitchenmaid, nurse, cook, and 5 housemaids, one who also cleaned the stables.

* According to Bygone Eastbourne (1902) by John Charles Wright, the National School took children "under 8 or 9" from the "manufactory" of the workhouse for lessons in the afternoons. 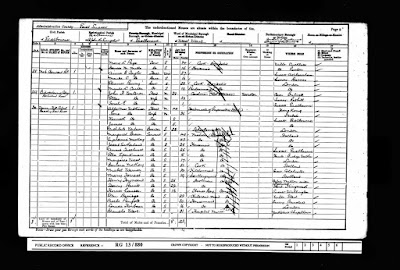 And: 19 servants, including 2 school matrons, 6 housemaids, cook, kitchenmaid, scullerymaid, 2 footmen, a house boy, 2 hospital nurse, a parlourmaid, and a governess.


No. 1 Dalton Terrace:
(dwelling headed by a resident bath chair proprietor, his wife, and 2 daughters) 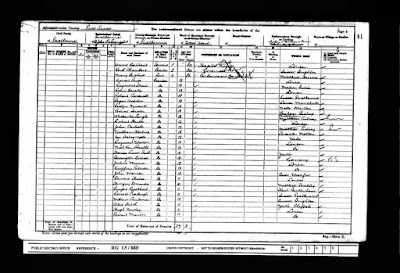 Heads of other flats at No. 2:


No. 5 Dalton Terrace:
(dwelling headed by a resident stationer who lived there with her servant/shop assistant)

Heads of other flats in No. 5: 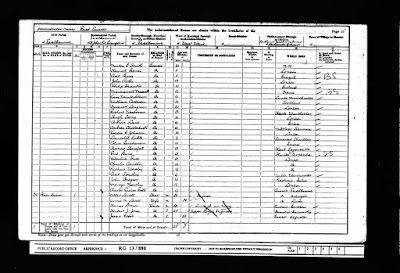 No. 2 All Saints Cottages, Meads Street:
(dwelling headed by a resident 'pensioner' master mariner, his wife, and son)


No. 1 Compton Terrace:
(dwelling headed by a resident carpenter, his wife, 2 infant daughters, and a servant)


No. 5 The Village:
(dwelling headed by a resident gardener, his wife and 2 daughters)


No. 6 The Village:
(dwelling headed by a resident gardener, his wife, and sister)


No. 9 The Village:
(dwelling headed by a resident carpenter/joiner, his wife, and 2 sons) 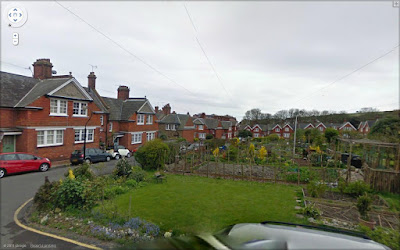 No. 37 The Village:
(dwelling headed by a resident gas fitter, his wife, daughter, and 2 sons)

[Update, 11-6-11: Michael O. adds: "Harry Diplock was the swimming instructor at the Devonshire (Swimming) Baths in Eastbourne. He was not associated with any school as far as I know. He used to perform a Houdini-style escape act from a barrel (ref Eastbourne Local Historian Issue 152, Summer 2009)."]

There is no house full of schoolmasters on Beachy Head Road, save Warren Hill itself, which housed the Head Master and one schoolmaster boarding there.

There were a couple of addresses over on Dalton Terrace [Now perhaps Dalton Road?], past The Village, that held numerous teachers, but nothing in the same census ward.

And if one of those large homes we've looked at "just below" Warren Hill on the other side of the street housed schoolmasters, why was Wilkinson boarding one at the school, and why didn't Streatfeild—one person we're certain taught at Warren Hill—live in a collective residence like that?

Oh—perhaps all of the masters were down at The Ship having a pint after a day of tough classes! 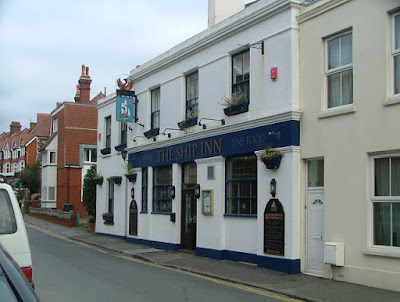 The only people recorded at The Ship were the owners, Amos and Ada Luck, 35 and 34 years of age respectively, and their barman, George Levett, 19. Slow night...

I suppose it's possible that the masters were all simply in transit between destinations, each one always zigging while the census taker was zagging as the evening unfolded, but that simply doesn't seem very likely.

Is it possible that, if there was, indeed, a 'house for masters,' that it wasn't in existence until after 1901? If it existed in 1901, it must have been at quite a distance from the campus.

And—just an aside—in 1901, except for the above-mentioned Head Masters, the "swimming instructor," the porter, and the clergyman who doubled as a schoolmaster, not one other person charged with working with children was married.

Was that the norm? And was there a reason? As an elementary school teacher (of 10- and 11-year–olds) myself, I am curious! Around that time in the States and before, only a woman could have taught in an elementary school, and she would have had to have been unmarried (virginal) in many American locales...