A Glimpse into a 19th Century Acland Family Photo Album 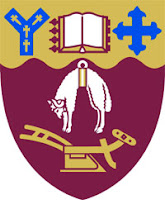 On this warm and wonderful afternoon here in Florida, due to the modern miracle of the internet, we're about to travel back in time to "see" the world through the eyes of young George Mills, his half-brother Arthur Frederick Hobart, and his older sister, Agnes Edith.

Thanks to a portfolio donated to the University Of Canterbury [Te Whare Wānanga o Waitaha, in Maori] in Christchurch, New Zealand, by the Acland family [descendants of Sir Thomas Dyke Acland, 10th Baronet, of Killerton, Broadclyst, Devon, the maternal great-grandfather of George Mills] after they emigrated, we can see Cornwall, Devon, and much of southern England exactly as it looked to the very young Mills siblings, circa the late 1880s or the 1890s. [Click an image to see it full-sized.] 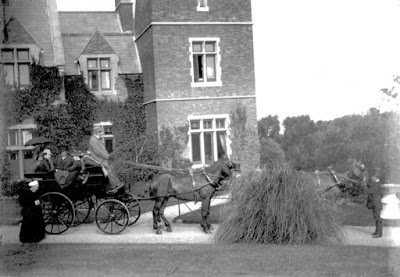 This amazingly unexpected photograph is labeled "Mills driving horses," so I suppose we're to assume that's George's grandfather, Arthur Mills, Esq., M.P., there at the reins. The passengers may be visitors to his home, but if so, would I be wrong in assuming he'd be sitting with his guests? My hunch is that he's taking out the family, but what do I know?

Would it also be wrong of me to assume that smartly dressed fellow in the carriage could be Revd Barton R. V. Mills, Vicar of either Poughill or Bude, and he could be sitting with his mother, Lady Agnes, and possibly his first wife, Lady Catherine [who passed away in 1889] or Elizabeth Edith Ramsay Mills, whom Barton married on 10 January 1894?
Lady Agnes died on 23 May 1895, so if that is both Elizabeth and Lady Agnes, that certainly narrows the list of possible dates on which this image could have been taken. Should it perhaps be Lady Catherine, this image would then be of an 1887 to 1889 vintage.

Barton's brother, Col. Dudley Acland Mills, was an officer in the Royal Engineers who is not found anywhere in either the 1891 or 1901 census. It seems unlikley that the he's the gentleman in the carriage. Barton, however, was listed in the 1891 census as living at 128 Efford Down, Cornwall, with his mother Agnes Lucy, father Arthur, and his son, young Arthur F. H. Mills, who was then 3 years old. Put this address, Efford Down Park, Bude, Cornwall EX23 8SE, UK, into Google Maps and see if you don't think this is the same place! 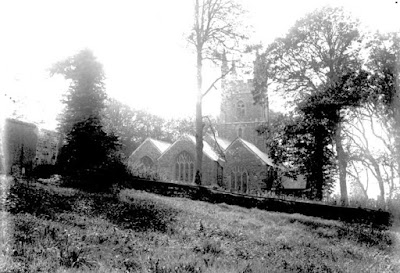 This is the lovely church at Poughill. Reverend Barton R. V. Mills was rector there from 1887, to 1889. Arthur Frederick was born in 1887, and Lady Catherine, young Arthur's mother, died in 1898. Is it likley this was taken during that time by the Aclands to show visitors the church where their grandson Barton was vicar? 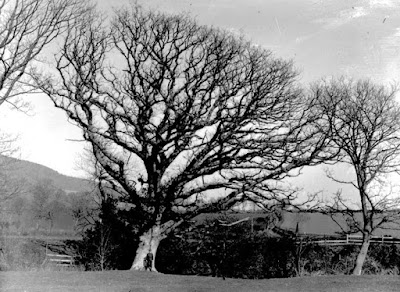 This beautiful picture was taken on one of the Acland estates. Young George Mills was born in 1896, and his half-brother Arthur was 9 years older than George. Is it possible that this healthy looking lad could be young Arthur visiting Killerton? 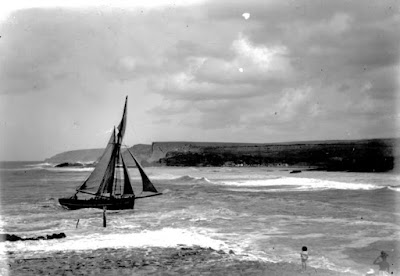 This gorgeous image shows the Cornish coast that the Mills family must have known and loved so well. While I know that could be anyone who just happened to wander into the photograph, it still makes me wonder... 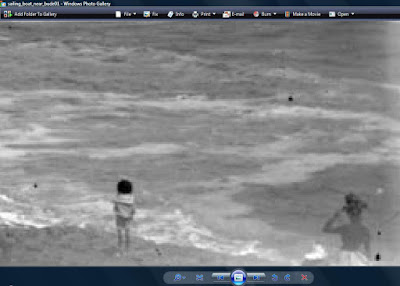 Why are this boy and, I suppose, his mother, so disinterested in someone taking outdoor photographs in Bude Haven in the 1890s? Could that have been such an everyday occurrence, compared to seeing a sailboat? It occurs to me they must have had the same interest as the photographer, having accompanied him to this spot: That wonderful vessel! Could that lad be young Arthur—or even George Mills himself? After all, how many tots in Bude would have likely been that disinterestedly close to a party of traveling, photographing, parasol-wielding Aclands? 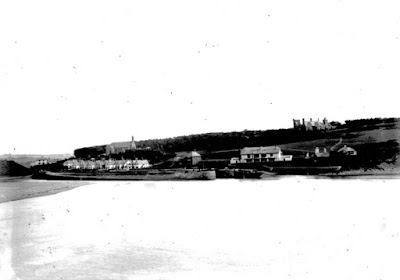 And in this photograph of the coast, we see a panorama of Bude Haven. It features the stately home of Arthur Mills, Esq., M.P. resting comfortably atop the hill. 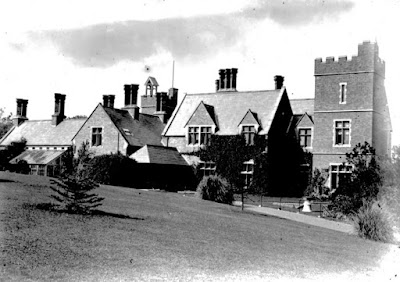 Here's yet a closer shot of the Mills family's residence in Bude. Nice place, eh? I wonder what it costs to heat, though... 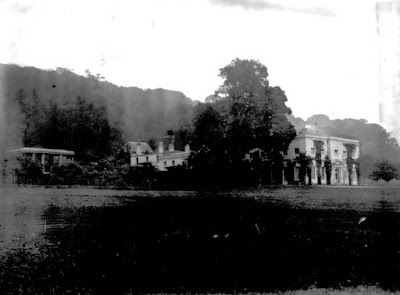 This image depicts Killerton in Devon. Barton and Dudley Mills were raised there as young boys until it was off to boarding school. The only residents of this manor listed in the 1861 census were Sir Thomas, himself, and "Barton Reginald Vaughan Mills (age 3) and Dudley Acland Mills (age 1) (Children of Arthur Mills, Esq., M.P.), + 18 servants." The boys' father would have been either in London, serving at the time as the Tory M.P. from Taunton, or may have been on one of his many excursions abroad. Mills had recently published his definitive book on the costs of the Sepoy Mutiny and the state of the colony, India in 1858. 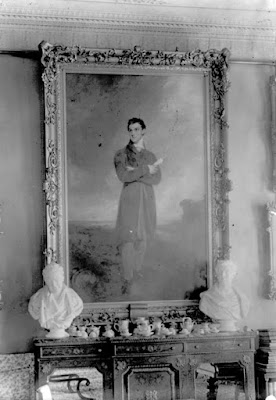 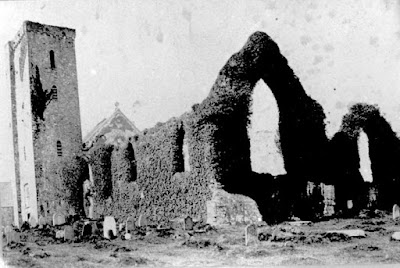 Before returning to the 21st century, let's just take a look at a few images of the southern England of the late 18th century that the family of George Mills must have loved so dearly... 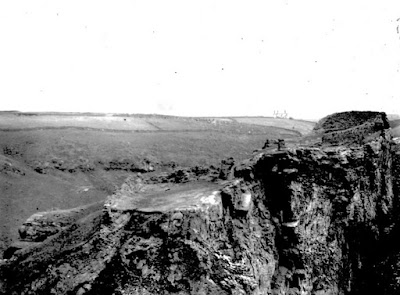 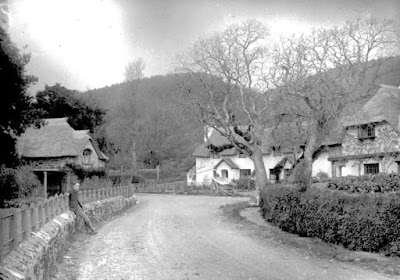 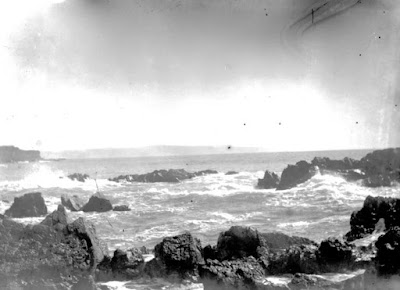 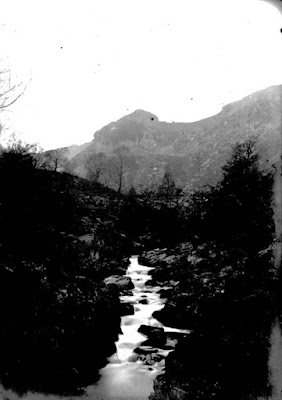