Word from a Relative of George Mills... 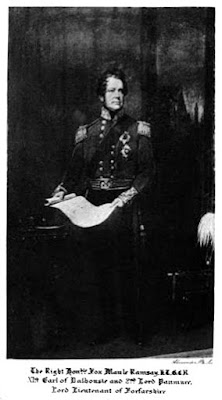 A few weeks ago I was doing a routine internet search for George Mills-related web pages and stumbled on something interesting. At a genealogy site in a section entitled Ramsay Family Genealogy Forum, I found this posting:

Looking for information on the children and further generations of Sir George Dalhousie Ramsay C.B 1828-1920. He was married to Eleanor Juliat Chartris Crawford and they had issue Edith E. Ramsay and Alex O.P Ramsay. Sir George was the son of Sir Alexander Ramsay 2nd bt of Balmaine and by his second marriage to the Lady Elizabeth Maule (dau 1st Lord Panmure). I believe Edith married Barton Reginald Vaugh Miles.

I thought about it and sent the person requesting the information, David, this reply:

Edith Ramsay did marry Reverend Barton Reginald Vaughan Mills [M.A. Oxford, 1883, b. 29 October, 1857, d. 21 January, 1932], a "holy cleric and scholar". He was the son of Arthur Mills, Esq., M.P., from Taunton and Exeter, one of the leading experts on Colonial Economics and the cost of the Sepoy Mutiny, so much so that his books on the subject are still in print today. Barton was the first living son of Arthur Mills, and had a younger brother, Col. Dudley Acland Mills 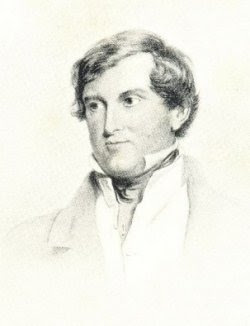 Barton had a son, Arthur Frederick Hobart Mills, b. 12 July, 1887, with his first wife, Lady Catherine Mary Valentia Hobart-Hampden. they had been married on 10 July, 1886, when she was granted the rank of Earl's daughter. Lady Catherine died on 25 September, 1889. 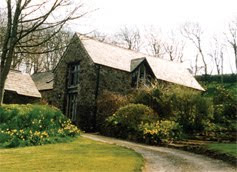 Barton was the vicar of Bude, Cornwall [I believe the vicarage is pictured, left], at the time, a position in which he remained until 1901. He then became the Assistant Chaplain of the Royal Chapel of the Savoy, where he stayed until 1908. He wrote, edited, and translated religious texts, notably involving the writings of St Bernard, and his work is still cited by theologians today.

George Mills attended Parkfield in Haywards Heath and Harrow before fighting in WW I, first as a private and finishing as a lance corporal, in the Royal Rifles and the Royal Army Service Corps. He then attended Christ Church and Oxford, but did not receive a degree. He went on to be a Junior Teacher at Windlesham School, then in Portslade, at Lent, 1925. That same year he married Vera Louise Beauclerk, a granddaughter of Sir Robert Hart and daughter of the Duke of St Albans, on 23 April, 1925, and they bought a house in Portslade. 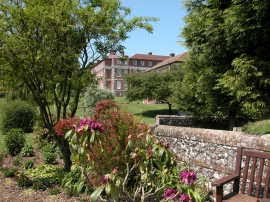 He was off the teaching roster at Windlesham [right] by Fall, 1926, and subsequently taught at Warren Hill School in Eastbourne, The Craig in Windermere, the English Preparatory School in Glion, and Eaton Gate Preparatory School in London. Vera died on 5 January, 1942. They were childless and he apparently never remarried.

Most notably, Mills authored four very popular books, mostly about preparatory school boys: Meredith and Co. [1933], King Willow [1938], Minor and Major [1939], and St. Thomas of Canterbury [1939], all of which can be found in the British Library. The books were reprinted into the very late 1950s, but it appears Mills never published another word after his prolific 1938-1939 period.

He then disappears from sight until his death in Devon [possibly Budleigh Salterton] in 1972.

The only thing I know about his sisters, Agnes and Violet--other than that Violet Mills was a bridesmaid at his wedding, but Agnes Mills was not and attended unescorted--is that the girls donated a collection of Sir George Dalhousie Ramsay's papers to the British Library in 1947, still using their maiden names. The sisters would have been about 52 and 45 years old at the time. If they had, indeed, remained unmarried, it seems likely they were childless as well. 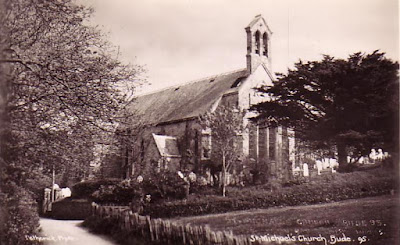 Edith Judith Ramsay did indeed marry Rev. Barton Mills. I was most interested to read that he was vicar of Bude, N. Cornwall. I would imagine that it was St. Michael's Church in Bude [left]. I was a choir boy there in the 60's!! I was at boarding school at St. Petroc's School in Bude, following my father's footsteps in education.

Now another interesting point here for me, was that my Great Grandfather was the Rev. George Wingate (died Dec 16, 1898) who was vicar of St. Andrew's Church, Stratton, N. Cornwall. The towns of Bude and Stratton are next to each other. Rev. George Wingate had married Elizabeth Patricia Maule. Her father was the Hon. William Ramsay Maule (1809-1859) and his father was Lord William Ramsay Maule, Lord Panmure of Brechin & Navar. His father was Lord George Ramsay 8th Earl of Dalhousie. 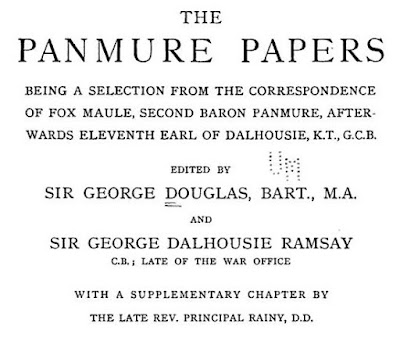 Thank you so much, David, and I do look forward to hearing from you again.

One oddity in all of this would be the name of George's mother. David—a man with more than ample knowledge of his family's history—writes that "Edith Judith Ramsay", not "Edith Elizabeth Ramsay", married barton Mills. Other genealogical sites list his wife as "Elizabeth Edith Ramsay".

It's possible that, due to handwriting that was difficult to read, or merely a transcription error, Judith and Edith could have been confused in paperwork. Looking in the ancestry.com database, she is listed as "Elizabeth Edith Ramsay", but her husband in that database is listed as Barton R. V. HILLS, not Mills. In fact, David's records may have had him recorded as "Barton R. V. MILES.

It's also possible that the person attending to the certificate of her birth didn't put in a correct name. In my ex-wife's family, it was years before they discovered that what they had been calling their daughter—Alice, I believe—was not the Christian name that had been written on her birth certificate, simply because the physician hadn't really cared for the name "Alice".

Stranger things have happened. Needless to say, errors likely abound. I spent countless hours looking for "Vera Beauclerc" before I became aware that the wife of George Mills was actually named "Vera Beauclerk".

Oh what a difference a single letter can make!

One primary source that I have for the name Elizabeth Edith Ramsay is the 1901 census [pictured, left]. It's unclear if the Mills family [Barton Reginald Vaughan, Elizabeth E., Agnes Edith, and George Ramsay Acland Mills] is still in Cornwall at the time it was taken, or if they already have moved to London, where Barton apparently found employment as the Assistant Chaplain of the Royal Chapel of the Savoy sometime in 1901. London, Middlesex, will be the birthplace of George's sister, Violet Eleanor Mills, in 1902.

[UPDATE: I just checked the records, and the housemaid in that census, listed immediately above Barton R. Mills, is Kate R. Neave, age 20. That sets her birthdate around 1882. She's listed in the 1901 census as residing in London, England, on the date of the census, 31 March. It appears that the Mills family already has moved to London by the late spring, 1901.]

Thanks to Jennifer for researching the above census! And if you have any information about the Ramsay family that might help David in his own genealogical quest, please let me know and I'll have him get in touch!