Of J. Goodland, Warren Hill, and perhaps the Son of Oscar Wilde... 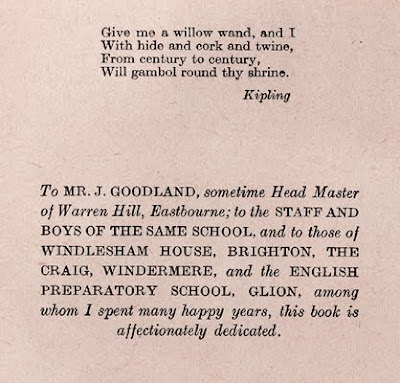 Today, let's take another look at that dedication to Meredith and Co. written in 1933. To recap, George Mills was employed as a junior teacher at Windlesham House School, in Brighton [but more specifically Portslade at the time] from Lent 1925 until Easter 1926. He may have been there during the summer term as well, but his name was definitely taken off the staff list by the end of that summer term.

In some order, Mills then apparently taught at The Craig in Windermere, the English Preparatory School in Glion, and Warren Hill School in Eastbourne [more specifically Meads] where the "sometime Head Master" was a "Mr. J. Goodland".

An archival Eastbourne Local History Society newsletter has noted that an early headmaster of Warren Hill was A. Max Wilkinson, who was likely there from 1895 through 1918. The newsletter noted that Wilkinson was succeeded by "M.A. North and F.R. Ebdon" and that the school was no longer listed in the local directories in 1936.

More research has come to light about Warren Hill School and the identity of "Mr. J. Goodland":

In the [London] Times of Saturday, 16 May 1925, there's a report stating that the partnership between M A North and F R Ebden (school proprietors of Warren Hill Eastbourne) had been dissolved. So Goodland must have gone into partnership with Ebden.

In the Times of Wednesday 03 Oct 1928, there a report of the death of Mr M A (Michael Arthur) North, who died at Farnham on 27 Sep at the age of 63. It states that he was headmaster of Warren Hill until 1925. One can suppose that North had been ill and therefore sold his share in the school in 1925.

In the Times of Saturday 8 August 1931, there's a report stating that the partnership between F R Ebden (note the spelling, which differs from what you have) and J Goodland was terminated on Friday August 7, 1931. Both are recorded as school proprietors. 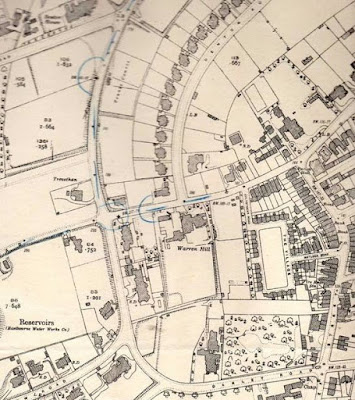 Then, a few days later, the Times reports the registration of land (the school and its grounds) at Warren Hill, Beachy Head Road, and land (the playing field) in Carlisle Road, Eastbourne. The property was registered by Joshua Goodland. So now we know the Christian name of the headmaster. It seems that Goodland continued alone and one may assume that he had bought out his partner, F R Ebden.

The school was still in existence in Beachy Head Road in May 1934 because there's a reference to a scholarship in the Times of 29 May 1934.

The prevailing economic situation in the 1930s meant that private schools were having a hard time. Some were forced to close in Eastbourne and I guess this it could have been the reason for the demise of Warren Hill. However, the owner (headmaster) would have been sitting on some valuable real estate and would have been able to sell for a good sum.

In the Times of Saturday, 30 Oct 1948, there's a notice reporting the death of an early headmaster, Mr A Max Wilkinson, at Exmouth. It is noted that he was 'sometime of Warren Hill, Eastbourne and of Wittersham, Kent'. He was 92 years of age.

Now, let me see if I can interpret all of this at least somewhat correctly. Joshua Goodland, between May, 1925 [the dissolution of North's and Edben's partnership] and 1931 [the dissolution of Ebden's and Goodland's partnership], had acquired a shared proprietary interest in Warren Hill School. I suppose it may have been in 1925, with North selling his share directly to Goodland.

Goodland takes on sole proprietorship in August, 1931. Am I correct in assuming that, as Mills wrote his 1933 dedication, he was recalling time when Joshua Goodland shared the role of Head Master, presumably with F.R. Ebden? That would place George's employment at Warren Hill sometime between Summer, 1926 [when he is last recorded teaching at Windlesham] and August, 1931.

It could be posited that Mills had been working at Warren Hill School when the dedication was written, as Warren Hill was given 'first billing', so to speak. One could even have surmised that his employment may have extended past 1933, at least before this new information came to light. This all might narrow the window of his time spent in Meads, at least somewhat.

It now seems unlikely, given that Goodland was mentioned as "sometime Head Master"—something that might've been amended to simply "Head Master—that Mills was teaching there when and after Goodland took over by himself. If so, why not simply refer to him as "Head Master" and be done with it? Why hedge? A gap of years that could have been as wide as a decade—1926 to 1936—may perhaps now have been halved. 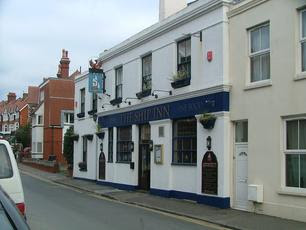 Of course, all the air will rush out of my balloon if we find that, Ebden alone had been Head Master until 1931, with Goodland taking over after the August dissolution of their partnership while Mills is in the school's employ. That could also explain the word "sometime", especially if Mills didn't care for Ebden, wasn't sorry to see him go, and wanted to name only Goodland for tribute.

The evidence above fuels conjecture, but still proves little. The question still remains: For how long did Mills teach and have his pint in Meads?

And Meads is significant. Not only does naming "J. Goodland" in the dedication of his first novel appear to indicate Warren Hill was a significant part of George's career, but the new French master at fictional Leadham House School, introduced in 1933's Meredith and Co., is named "Mr. Mead".

Mr. Mead's first day taking the school's French Grammar is outlined in a chapter entitled "DESCRIBES A NEW MASTER'S FIRST HOUR IN SCHOOL," and Mead is portrayed as an understanding, fair sort of fellow with a good ear, who likes boys and dogs, and takes ample care to heed the Head Master's sage advice to "start off by standing no nonsense" and "keep the class busy every moment of the time". 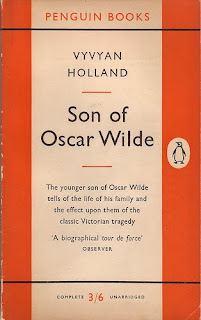 Is Mead's name a tribute to the locale of Warren Hill School, a place remembered fondly by Mills, and a name of the same initial he's used to cloak his own identity in the story? Perhaps only the author can be absolutely certain, and he's not telling.

Another question: Is the Joshua Goodland at Warren Hill School the same Joshua Goodland who is mentioned numerous times by Vyvyan Holland, in his 1954 memoir, Son of Oscar Wilde, the author having written that he had been "sent up to Cambridge to prepare for the examination in charge of Joshua Goodland, with whom I lived in rooms in Trinity Street" when Holland was denied entrance to Oxford due to antipathy toward his controversial father, circa 1904? It would certainly give us a better glimpse of Goodland, a man obviously admired by Mills.

As always, if you have any thoughts, ideas, information, or informed speculation, please don't hesitate to let me know!