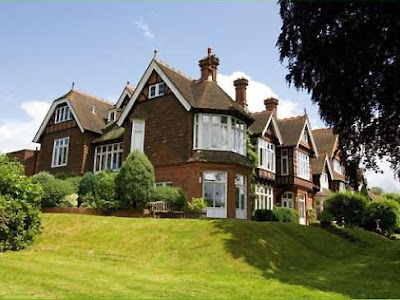 Here at whoisgeorgemills.com, we haven't dug into the old mail bag recently, so let's take a look at what's been going on way down in the mail room where all comments messages are handled by my crack staff!


• Here's something from Richard, who left a comment on the post "Finding Parkfield...": Just been trying to find location of Wick & Parkfield School which I attended from 1961 to 1963. It was indeed the building which is now Downlands Park Nursing Home. It was run by Bill and Pat Halstead. The main cricket pitch was on the sloping field near the miniature railway track - we had to go round there to collect missing cricket balls.
- Richard Miller

Thanks for the first-hand experience and additional details about Parkfield [above, left], Richard. It's always greatly appreciated! 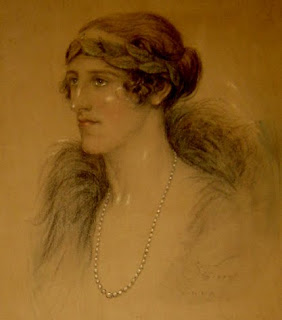 • Leading Lady Dororthy Mills aficionado, Jim Harris, left a new comment on the recent post "Steyning Mansions Hotel, Eastern Terrace, Brighton...": Wonderful detective work. I can picture Lady Mills staying at Steyning Mansions Hotel. So, no record of the hotel after 1958?
By the way, are you watching Downton Abbey on Masterpiece (PBS)? It takes place in 1912 and is about an Earl who only had three daughters and must leave his estate to a distant cousin. The middle daughter reminds me of Lady Mills.
Wouldn't the story of Lady Dorothy Mills make a great Masterpiece series?

For our friends across the pond who may not be aware, Masterpiece Theatre is televised here on Sunday evenings. Also for those far-off friends, the last two Sunday evenings have featured the American football playoffs as well! While I'm a lover of lavish BBC productions, I'm also fond of watching sweaty 300-pound titans engaged in high-speed collisions and sundry mayhem on a frozen field called a gridiron, live, in High Definition!

I've recorded the Downton Abbey series to watch later, and it's of particular interest to me as Downton is the locale of Winds Cottage where the brother of our George Mills, author Arthur Mills, and his second wife, Monica, spent the last years of his life gardening, golfing, and writing the occasional crime novel.

And, by the way, I do think the life of Lady Dorothy [pictured, left] would make a fabulous Masterpiece!


• My dear friend Jennifer in Philadelphia weighs in with this great addition to our investigation:
Give me a burial location and I’ll request a photo. 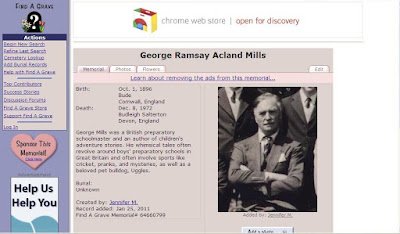 Jen is the smartest person I know when it comes to fathoming deeply into genealogies. She's set up this webpage to help find the location of the burial site of George Mills [see the screenshot, right], and I really appreciate it.

Who knows? We may even end up with more photos of George posted there!


• Finally, Mary left a comment on the post "Sidebar: Considering the Life of Sir Robert Hart a...": I can tell you a bit more about Sir Robert Hart, Evelyn's father, and his family. I am preparing a book for the Hong Kong University Press on him and his relationship with my own ancestors.

She also wrote: "I am just doing something on Evie. Do you know how many children she had, when she died, and from which are you descended?"

I'm no relation to the Harts or Beauclerks, but I did let Mary know the following: 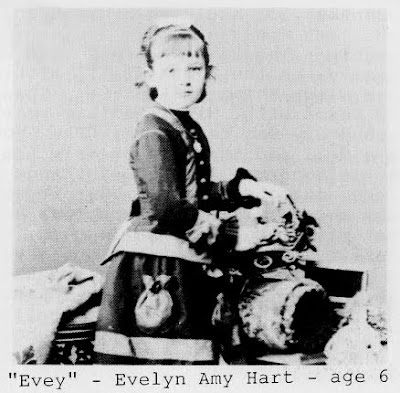 Hilda married Miles Malcolm Atchison from Ganges, British Columbia, Canada, of the Chinese Maritime Customs Service on 21 June 1933 [11 days after Evey's death] and eventually moved to Canada where Hilda passed away in 1964. They had two children, Elizabeth Anne (b. 22 March 1936), and Hilda Etain (b. 9 October 1937).

During WW II, Hilda and Miles were held in a Japanese prisoner-of-war camp. Hilda worked in the camp's kitchens and did much to help her fellow prisoners, but lost a finger in doing so. Apparently she was admired by everyone there for her bravery.

Vera passed away in Exmoor in 1942 while her husband, George, was serving as a 46-year-old 2nd lieutenant in the Royal Pay Corps. He'd returned to the service in 1940 after serving as an infantry corporal in WW I. George resigned his commission in 1943 due to ill-health. He had been a boys' preparatory schoolmaster in both England and Switzerland from the late 1920s through the mid 1930s and was the author of four books: the children's novels Meredith and Co. (1933), King Willow (1938), and Minor and Major (1939), and the children's religious biography Saint Thomas of Canterbury (1939).


I thought that it would be worth including the above profile after discussing Vera's 1942 passing just yesterday.

Well, that about empties the old George Mills mail sack. Thank you to everyone who's made my work a bit [and sometimes a great deal] easier. Please accept my warmest appreciation, and do keep reading!