Of Meads, Head Masters, and a Pint After a Long Day Teaching


More information has arrived via the Eastbourne Local History Society, and I couldn't be more delighted. First, this bit from Michael regarding the actual playing fields of Warren Hill School, not the ones I'd incorrectly identified: 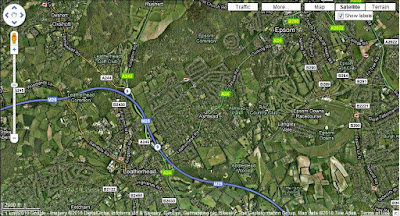 If you look on Google Earth, you will see the school's former playing field at:-

The land may now be owned (leased?) by a sports club in Meads, the part of the town which, until WW2, was home to many private schools for boys and for girls.I believe that the former school hall or gymnasium still stands but has been converted into a private house. I think that the building can be seen on Google Earth at:- 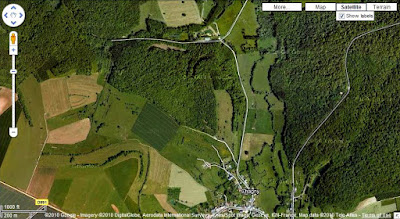 I immediately downloaded and installed Google Earth [You'd probably heard there was someone who hadn't], but I think I have to work a bit on reading the "Helps". My first attempt with the coordinates dropped me between Epsom and Leatherhead, right into Ashtead. My second foray put me somewhere at the edge of a forest slightly northwest of Chagny, France. If that's correct, no wonder Warren Hill was dropped from those football fixtures!

You know, being somewhat technologically impaired, I think I just may be doing something wrong. I've made some wrong turns before, but this is ridiculous! I'll read everything I can about the program and see if I can find my objectives at last.

Michael's previous messages had allowed me a virtual look at the location of Warren Hill School. The school was named, obviously, because it was on Warren Hill ROAD, not because 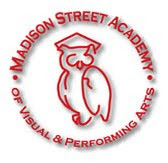 it was on Warren Hill itself as I'd thought. Should that have come as a surprise to me? The name of the school in which I teach: Madison STREET Academy.

I'll admit, though, there was a certain romance to imagining the school perched atop a windswept hill just a stone's throw from Beachy Head and the English Channel. Still, after chasing George Mills around Sussex for so long, it was good to find it no matter where!

Anyway, what I especially appreciated was getting some information on what Mills's life might've been like in Meads. This gives me some feel for the prep master's evenings, just as his books give a feel for his days in the classroom and around the campus: 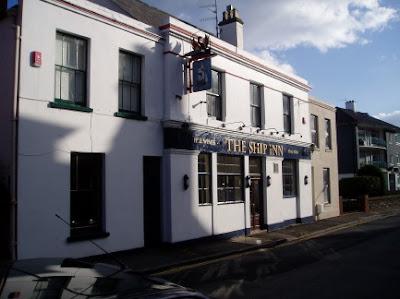 I am attaching now a picture of what would have been the nearest pub to Warren Hill School and to the masters' house which was situated diagonally opposite the wooden gate which you show in the Google Street View of Beachy Head Road. I believe that in the evenings, schoolmasters would have frequented the saloon bar of 'The Ship', the pub which is shown in the attachment. It still stands, but the interior has been modified considerably since the days when it would have been the 'local' of Mills and his colleagues. For further details of Meads, see the article at:-

This morning, Peter, another member of ELHS, sent me a scan of the article which appeared in issue 104 of the Society's quarterly newsletter. This is also attached.

Thank you! I loved the picture so much, keep an eye on my masthead! I also am grateful to have received the scanned excerpt [below, left] from the ELHS newsletter, "Eastbourne Local Historian," issue 104. It gives a wonderful sense of not only where exactly the buildings were situated, but some of the history of Warren Hill School. Click the image to enlarge it. 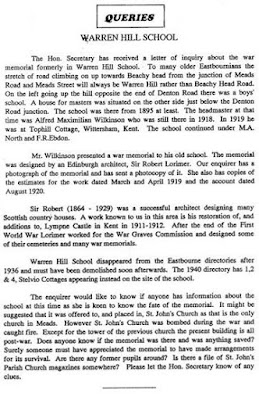 We heard of Head Master Alfred Maximilian Wilkinson, M.A., in my last post. Here we find him leaving Warren Hill in 1919 and donating a memorial statue from the First World War done by the esteemed Sir Robert Lorimer to the Warren Hill—an artwork whose location is apparently in question if it was not destroyed in the bombing of St. John's Church during World War II.

Wilkinson was followed, it is suggested, by "M.A. North and F.R. Ebdon" [sic] as no longer listed in any local directory after 1936.

George Mills makes reference "To MR. J. GOODLAND, sometime Head Master of Warren Hill, Eastbourne" in the dedication within Meredith and Co. in 1933. Had Goodall perhaps been a temporary Head Master between North and Ebdon, still teaching at the school when Mills arrived? Did Goodall follow Ebdon until yet another Head Master could be located?

It's hard to say without further evidence. However, last time I speculated that it might not have been Mills who left Warren Hill, but the other way around. With Mills apparently off to Windermere and Glion as well before publishing his first book in 1933, it appears Mills did the leaving.

Was it simply a young fellow's wanderlust? Was he dismissed? If the latter is the case, he found subsequent employment at a continually greater distance from his initial years as a preparatory school master in Brighton and Eastbourne as the years went by.

We may find the answer at The Craig in Windermere and the English Preparatory School in Glion—two more schools that no longer exist, neither on the planet nor seemingly on the internet.

But that's all for another day in the future. Right now there seems to be far too much still to learn in Eastbourne, among the memories of the boys and masters who once populated Warren Hill School and the estimable ELHS!