"Nothing is so difficult as not deceiving oneself" -- Wittgenstein 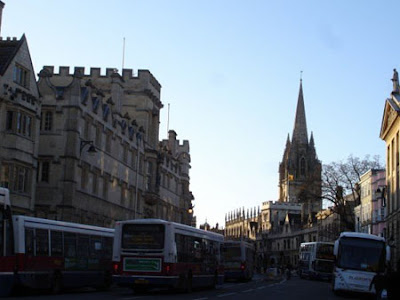 On Tuesday morning, I replied to Annabel Peacock at Oxford seeking more specifics about the fact that George Mills apparently had never actually earned an Oxon B.A. Here's the message I sent:

Ms. Peacock, thank you so much for taking the time to send me this information so promptly. I really do appreciate your effort, and I now have so many paths to follow that I hardly know where to begin!

Incidentally, the first employer of Mills listed him as "BA, Oxon" when he taught 'English or English subjects' there in 1925-1926. What is your professional opinion of the fact that he may have, um, told an untruth in that case? Is there any record of when Mills might have finished taking his last class at Oxford? What would have been his 'major', if any? Would there have been a chance that he finished his degree elsewhere, but continued to use his knowledge of Oxford and the university's name to open doors for him? Has it ever happened?

I know these must seem like hopelessly stupid questions, but I hope you'll continue to bear with me and take a moment to reply!

Thanks once again and best regards,

Her reply arrived early the next morning:

Thank you for your email. As we have no record of Mills passing any examinations in the Final Honours School or obtaining a degree, it appears that he was not telling the truth about his academic background.We have come across cases before of people without Oxford degrees using the University's name to help open doors. However, often they have no link at all with Oxford whereas Mills had actually matriculated from the University. It was not usually possible to transfer your status toanother university in order to complete a degree course. Members of Oxford were able to 'incorporate' at Cambridge University, which enabled them to move there and maintain the same rank, status or degree as they had held at Oxford. However, this seems unlikely with Mills, especially as he claimed his BA was from Oxford. I have been unable to find any record of the subjects Mills studied during his time at the University.

The colleges in Oxford maintain their own archives and it is possible that Christ Church may hold some additional information about Mills. They may be able to give you more details of when he left the University. Should you wish to contact them, enquiries should be directed to Judith Curthoys, the College Archivist, at archives@chch.ox.ac.uk.

So, it's off to Christ Church for information. It looks like Mills was trading on his Oxford experiences by at least leading potential employers to conclude he'd been awarded a degree. It seems that might've been a reason he'd been offered a "junior appointment" at Windlesham House, and may have factored into his "sudden (?) departure" from there in 1926.

And let's not forget, that seemed a place he probably had intended to stay for a while: He'd married and purchased a home in the neighborhood! Those aren't behaviors I'd associate with a man who's uncertain about his immediate.

It was suggested in an earlier post that Mills disappeared because junior appointments were "seldom held for long" or that Mills may have been involved in "the General Strike (that term)", but neither seems to completely resonate with the fact that he was a new husband and homeowner.

One could make the case, however, that fabricating a degree from Oxford wasn't exactly the safest thing for him to do in his situation either.

It's possible Mills did just drift away as apparently junior appojntments are wont to do. Perhaps he had simply become overly excited and went out on strike [pictured, left], never to return. Or, perhaps because he was apparently a good egg and well thought of in Portslade, he was allowed to depart amicably even after it was determined he in fact didn't hold any degree after all.

Are there any other possibilities I am overlooking?

Meanwhile, I'd sent a request to Harrow School for anything they might know about George Mills.

We'll take a look at the word from Harrow next time.