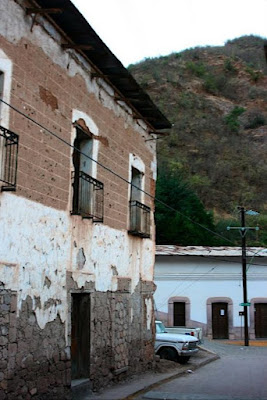 When we last left Joshua Goodland's brother, Gillmore, he was stepping off the steam ship Campania in the harbour of Fishguard in Wales in the company of his wife, Kathleen, in July 1911. They had departed the previous October, soon after the birth of their first son, Gillmore (Desmond), leaving the infant in Wales, where Goodland's younger sister, Grace, lived. The Goodlands' daughters, Kathleen and Joan, had likely been at boarding school since their parents' departure in 1910.

Had the Goodlands meant to stay in Batopilas, Chihuahua, Mexico, so long—missing the holidays with their children and possibly their son's first steps and first spoken word? There is no sure documentation of their intent, but we do know this about their lengthy stay, from this item entitled "The Mexican Penal Code" from Volume 34 of the journal Mining and Engineering World in 1911:

"Gillmore Goodland of 17 Gracechurch St., London, a well-known English mining engineer, with extensive experience in South Africa, Australia and other parts of the world, was imprisoned on February 15 in a Mexican jail, on the charge of libel, or what the Mexican law calls injurias, brought by an ex-bookkeeper of the Batopilas Mining Company, whom he had discharged. The Batopilas Mining Company, a New York corporation, capitalized at $9000000, in order to obtain working capital for its mining operations, formed in London in the year 1909, with the aid of Mr. Goodland's connections, an English company, called the Batopilas Mining, Smelting and Refining Company, capitalized at £300000." 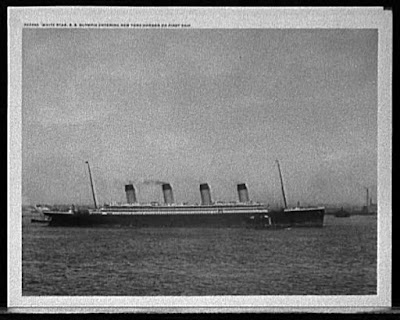 Scoping out some photos of Batopilas today [upper left], I hesitate to think of what it might have been like spending time in a Mexican jail back in 1911 when the town wasn't as urbane and sophisticated.

On the other hand, when silver actually was flowing from the mines back then, as well as cyanide, and it might actually have been more cosmopolitan to gringos with large bankrolls.

Given that we know Gillmore was a giant of a man, likely towering over the local oficials de policía as he was led away to jail on the charge of injurias, it must have been quite a scene. Throw in Goodland's Irish wife, probably not in a great mood over her husband's arrest and incarceration, and the scene would have had all the makings of a classic farce—if the two Goodlands weren't so very far from home, as well as from any real city.

Presumably whatever problems existed among Goodland, the Batopilas Mining, Smelting and Refining Co., Ltd., and his unnamed bookkeeper were smoothed over, allowing the Goodlands free reign to return to England that summer. Or is it possible that Gillmore was found guilty and did an unexpected month or two in jail?

Young Desmond (Gillmore) Goodland was just about a year old when his parents returned from Mexico in early July. Having been away for most of his tiny life, did he even remember his father and mother? 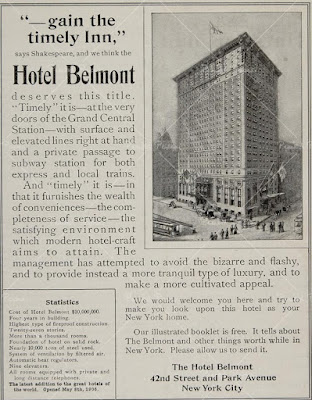 Daughters Kathleen and Joan would have been 11 and 10 respectively upon their parents' return to Great Britain. One can only speculate on what treasures and tales the girls' parents must have brought home!

The family was back together once again—at least until 1912.

On 10 January 1912, Gillmore and Kathleen sailed out of Liverpool once again, bound for New York on the S.S. Olympia [above, right]. They steamed into the Big Apple on 18 January.

Still a "consulting engr.," Gillmore still stood 6' 2" tall, but his wife had grown seven inches since 1910, supposedly standing a robust 5' 9". Both had fair hair and blue eyes, and were bound for their destination: The posh Hotel Belmont [left] in New York City.

Gillmore's new organization, Batopilas Mining, Smelting and Refining Co., Ltd., held annual meetings every April in New York City. This January arrival would seem to predate that event by quite a bit.

Strangely, however, I can find no record of either of the couple returning to England via steamship. (However a Mr. & Mrs. George Goodland did sail into Liverpool on 17 February.)

Anyway, the trail goes cold until 11 September 1912, when 40-year-old "mining engineer" Gillmore Goodland and his wife, Kathleen, once more set sail for the United States from London aboard the S.S. Minnehaha.

This time they were bound, not for New Yrok City, but the lavish Hotel Touraine [seen in 1910, below, right] in Boston. 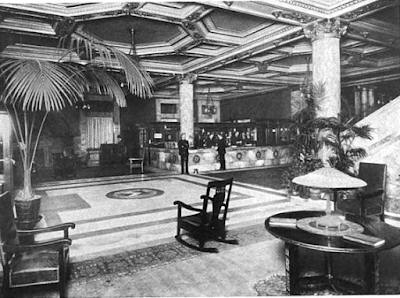 This time they claim never to have been to the United States before, and Kathleen's place of birth is recorded as "London," while his is listed as "Woldingham." Perhaps, as a couple of veteran sea travelers, they were just having a bit of innocent sport at the expense of the clerks at the desks. Still, it seems odd.

Just one month later, on 17 October 1912, the couple once again steamed into New York City aboard the S.S. Almirante, having sailed from Kingston, Jamaica, on 12 October. In the line at Immigration, the Goodlands—who are listed as "Touring"—were in a queue with a British Salvation Army family called Maidment, traveling to Canada, a Jamaican merchant named Egbert S. Baird, and Cyril Abraham, a Jamaican mine superintendent.

Perhaps it's just a coincidence that they were "touring" with a mine superintendent who was heading to New York on "Business of short duration." And perhaps it's just a coincidence that, even today, mining rests alongside tourism as Jamaica's "leading earners of foreign exchange," according to Wikipedia. Not only does Jamaica produce alumina, but it is the world's fifth leading exporter of bauxite [St. Ann, Jamaica, mining area seen below, left].

Need I remind you that it seems Gillmore rarely traveled to locales that he couldn't also mine? I don't believe very much in coincidences. 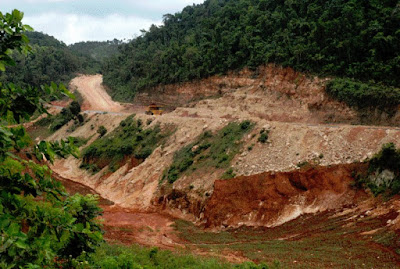 This time, Gillmore provides his correct birthplace—Exmouth, England—and Kathleen finally makes us aware of the village in which she was born: Labasheeda, located at the estuary of the River Shannon.

After a month there, the Gillmores sailed out of New York and into Liverpool aboard the R.M.S. Baltic of the White Star Line [below, right], arriving on 30 November.

At this point, from 5 November 1910 through 30 November 1912—just over two calendar years, it isn't possible for the couple to have spent more than 12 months at the very most (and it was likely less) in England with their young children. And if the Goodlands did, indeed, attend the April 1912 board meeting of Baltopilas in New York City, they couldn't have spent more than 9 total months with the kids during those busy years.

Daughters Kathleen and Joan, now 12 and 11, had probably spent most of their time in boarding school in Surrey. It's also possible that, during holidays, they were charged to their Uncle Joshua and his family, who were living in London by then, or even to their nearby governess Aunt Margaret. We simply can't account for young Desmond (Gillmore) Goodland, who would have been 28 months old in late November 1912, and would have seen his parents precious little during that short lifetime. Was he still being raised by his Aunt Grace in Glamorganshire? Or was he now being cared for by kin nearer to Surrey? 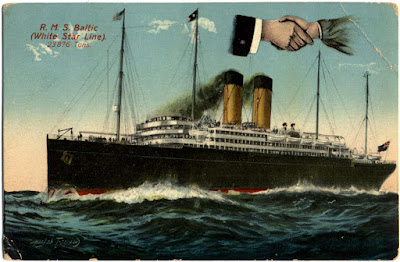 Can we say at this point that the nuclear family of Gillmore Goodland probably was not particularly "close" during much of this time—either emotionally or geographically?

As far as we know, no one traveled overseas for the following few years—not until 1915. But during that span of time, an event would occur that would leave this nuclear family divided, and would spread the brothers and sisters of Joshua Goodland even further around the world.