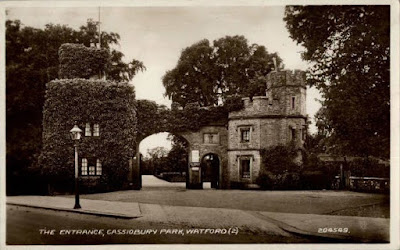 This message (below) arrived from Bill and Susan Miller of Watford, England [left], regarding the possibility of the contemporary Eaton House School having once been Eaton Gate Preparatory School, employer of George Mills during or around June 1938, when the institution was mentioned in George's dedication to his second novel, King Willow:


We have just stumbled across your website researching George Mills and asking for information re Eaton Gate school. We have an interest in the same school as my wife Susan is the granddaughter of Robin Gladstone, and we have been trying to find out the connection between him and the school in Cliveden Place, Belgravia known as "Gladstone's". 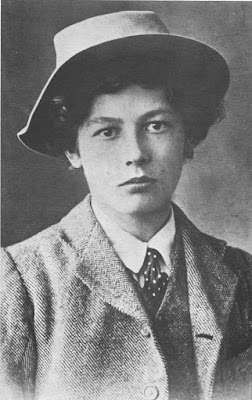 I think you mention that Harold MacMillan [pictured as a schoolboy, right] was educated at Gladstone's early in the 20th Century, but it came to our attention through the memoirs of Tony Benn, the veteran Labour Party politician and former Cabinet Minister, who was also educated there in the 1930s. Curiously he mentions that Mr Gladstone was still active at the school until it was sold in 1937 and moved to Eaton Gate. The Eaton House School website mentions the move from Cliveden Place to Eaton Gate in 1937 so I don't think there is any doubt that Eaton Gate and Eaton House are one and the same school.

What we do find puzzling is Tony Benn's assertion that Mr Gladstone was active at the school in the '30s. This we find puzzling because from 1920-1929 he was, as you mention, owner and headmaster of the Hall School in Hampstead, London. Our family records show that he probably left the Hall on his marriage and took some time off to embark on a round the world cruise with his wife. Curiously however, my father-in-law was actually born in Switzerland, so we are wondering if there is a George Mills connection here, if he later settled at Glion after working for Robin at The Hall. Could Robin have worked for a short period in Glion with Mills?

On their return to England the Gladstones settled in East Grinstead, Sussex, where he purchased another school, The Abbey [pictured below, left], which he ran until 1969. We are a little unsure of the dates here - it is just possible this didn't happen until 1937, in which case he could have been back at "Gladstone's" from about 1930-1937. It also seems unclear as to where T S Morton was at this time. The Eaton House website seems to suggest his ownership and presence at the school was continuous throughout its history until it was sold in 1959. Our own theory is that the Gladstone family had ownership interests in all these schools, and that Morton was an employee and not owner, and hence may have moved from school to school.

I am not sure if any of this helps you with the life of George Mills, but we have been intrigued by the connections and will continue our own researches into Gladstone's, and to see if we can turn up any more information both on the school and on Mills. We would equally be interested to know if you have found any further information on this subject since your last postings.

I have copied a couple of links in to The Hall school website, and to the Abbey School alumni website. Also the reference to Tony Benn's book. 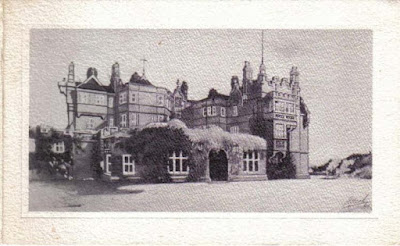 
Thank you so much, Bill and Susan, for taking the time to write and share your information!

The reference they cite does, indeed, provide additional evidence for the current Eaton House Schools having been the "Eaton Gate Preparatory School" mentioned by George Mills in his 1938 dedication [seen below, right].

Why did the school change names? It seems unlikely that George Mills and his editors at G. G. Harrap & Co. all would have used the incorrect name for a relatively prestigious institution accidentally, especially if George had been employed there. The name change does seem to have gone undocumented, however, as did the change in names when the school moved from Cliveden place (and it was referred to as "Gladstone's") to Belgravia.

Although, perhaps we are being presumptuous in believing that Mills did teach there. He dedicates King Willow "to the headmasters, staff, and boys" of the school without actually attesting to the fact he was ever an employee.

Still, we know that Mills had taught at Windlesham House School, another prestigious institution, and dedicated his first novel, Meredith and Co., to that school, as well as to schools in Meads, Windermere, and Glion where he also had taught. Would it be odd for Mills to have dedicated this book to his local prep school, even though he was not on the staff in any way? It seems more likely that he worked there, at the very least as an occasional substitute for teachers who were indisposed.

Despite polite entreaties for assistance in academic research, Eaton House Schools has not, as far as we know, delved into any archival material that might shed light on the change of names and/or whether or not George Mills served on the staff.

This message was received from Eaton House Belgravia on 10 May 2010:

Thank you for your enquiry. There is a possibility that there might be a reference in one of our old school magazines.I will have a look and let you know.

The current owners,The Harper family,took over in 1977/78. I am not sure about your other queries but I will pass them onto Mrs Harper,via her son-in-law,Rupert Back.

And I have never heard back from Back.

For whatever reason, Mills interestingly did dedicate his second book to the school, and not to his wife, Vera, nor anyone in his family.

One small but also extremely interesting aspect of the above message for the Millers is the possibility of there having been a connection between Robin Gladstone's birth in Switzerland and George's temporary employment in Glion, followed by their subsequent connections to the preparatory school in Eaton Gate.

If any readers have better luck communicating with Eaton House Schools, please let us know. And if you have any information on Robin Gladstone, I would be delighted to pass it along directly to the Millers. Thank you in advance for your assistance!