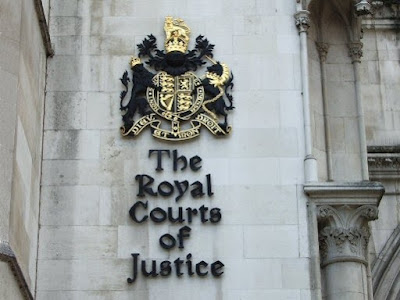 Once again let us peruse The Times of London for coverage of the first day of the second trial in which Miss Valerie [Valery] Wiedemann sued the Hon. Robert Horace Walpole for breach of promise of marriage and libel.

It's the afternoon of 16 June 1890, almost two year since the first trial commenced, and this time Wiedemann will be handling her own case after refusing to accept the brief presented by her solicitors. That is seemingly an exceedingly high stakes gamble.

Will it pay off? Let’s see…


(Before MR. JUSTICE MATTHEW and a Special Jury.)

WIEDEMANN V. WALPOLE. This is the second trial of this remarkable case. The first trial took place before Mr. Baron Huddleston and a special jury. The plaintiff, upon cross-examination, refused to answer certain questions which were put to her, and judgment was entered against her. She appealed, and a new trial was ordered. The action is brought by Miss Valery Wiedemann against Mr. Robert Horace Walpole to recover damages for breach of promise of marriage and for libel. By her statement of claim she alleged that in or about September, 1882, she and the defendant were residing at the Hotel d'Angleterre, Constantinople; that the defendant asked her to become his wife, and she consented, and it was then agreed that they should marry in two months; that she, relying upon such agreement, permitted the defendant to seduce her; that she was afterwards delivered of a child, of which the defendant was the father, that the defendant wrote and published of her the following libels:—"She has no claim to me, though she tells such fearful stories." "I would pay so much down if she gave a paper in writing, and also gave up my ring, which she stole from me." "She is at the Mont Dore Hotel, Cannes, and would go anywhere, I should say, if she could get a sum of money." "They say in her room at the Hotel Continental were found compromising letters to her from different people." The defence is a general denial of the promise to marry. As regards the libels, that the plaintiff had put forward a claim against the defendant; that the libels complained of were contained in a letter of instructions to a confidential agent of the defendant, then endeavouring to settle and dispose of the said claim, that the words, written bona fide without malice, under such circumstances were privileged communications; and the defendant further pleaded that the action was barred by the Statute of Limitations.

The plaintiff appeared in person; the Solicitor-General and Mr. William Graham for the defendant.

The plaintiff, after making a short statement to the Court as to the nature of her action, went into the witness-box and said she met the defendant on September 15, 1882, the day she came with her pupils from the country to the Hotel d'Angleterre, Constantinople. She was governess to the hotel proprietor. She saw him in the evening the first time. Next morning he came into the room where she was giving lessons and asked permission to stay. He came every day after that. He asked her opinion about books and engravings. That continued for about eight days. He asked her if she would like to go to England. He talked of love. She said she would not listen to him. He came one day into the dining room, and she told him she could not marry him, as she did not love him She told him she was engaged to another man and wanted to remain faithful. He took her in his arms and kissed her, and she said she was very angry. She went to the opera in the evening. After she was in her bed room he came in, and she tried to turn him out. She could not, as he was stronger than her and overcame her. He then promised to marry her. He stayed there a long time. The next morning she left the hotel. The people in the hotel knew what had taken place. When she returned to consciousness in the morning she was alone. She left the hotel about 12 o'clock. At 11 he came to her room and asked her to come down to breakfast. She told him to go away. He sent her a letter by a servant. The letter was then read as follows:—"In the envelope there is money for a ticket to Liverpool; the name of the agent is on the envelope; the name of the boat is the Pera, it leaves at 6 on Tuesday evening. I shall be in the garden at 6 o'clock if it is not possible to speak to you before. There is a man lying down before your door. —R." She got that letter about 13 o'clock. She did not wish to see him again. A lady left the hotel on account of having heard that the defendant had been in her room, and what had happened. The proprietor was furious against her. He said he knew everything, as his eldest daughter slept in the next room. His daughter heard her calling out. He put a servant before her door. She left that morning. She went to the Consul for her passport. The hotel proprietor refused to pay her salary which she wanted to enable her to return to Germany. The first ship started in two days, and she could not get away if she wanted. Coming back from the Consulate the defendant met her in the street. The defendant drove away her luggage. He asked her to go with him. They went into the garden, and explanations were given. He again promised to marry her He said he had taken rooms for her at the Hotel Luxembourg, and he would stay at the Hotel d'Angleterre. From all that had happened she 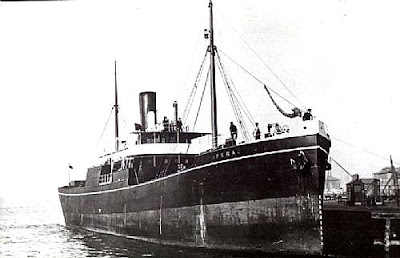 thought it her duty to marry him. She stayed at the Luxembourgh Saturday and Sunday. The defendant stayed there with her and renewed his promises. He arranged to go with her to Liverpool in the ship Pera. He had taken tickets before, and his luggage was on board. He said he had a telegram calling him to England at once on urgent business affairs. She was to go to Cannes and wait there for him. He said he would bring his mother there for the marriage, and then go to New Zealand, where he had some property. She went first to Malta, changed ships, and then went via Messina to Naples, and from Naples to Cannes by rail. He gave her a cheque for expenses (the cheque produced for £100, dated September 26). In Cannes she went to the Hotel Continental. She saw the defendant's mother. His mother showed her likenesses of her son, and said, "You don't mean to say it is my son you are talking of." She told plaintiff that her son and daughter were expected in Cannes. The defendant's mother said she liked German people. She gave plaintiff a book and said she could come and see her when she liked. She gave plaintiff her photograph. She told his mother everything, all that had happened. His mother was very angry and said plaintiff must give him up, as he had to marry a rich girl. She said she could not give him up. The defendant had given her a ring at the Hotel Luxembourgh as a token of his promise. His mother wished her to give it up. She refused. The next evening his mother asked plaintiff to go to her room, as she had a letter from her son. His mother asked her again to give defendant up. She left the Hotel Continental next morning through the defendant's and his mother's persecution. The defendant or his mother had written to the police. The proprietor advised her to go to another hotel. She went to the Hotel Mont Fleury. (The SOLICITOR-GENERAL here read a letter from the plaintiff to defendant, dated November 27, 1882, headed "My dear Robert," and recounting what had taken place between the plaintiff and defendant's mother at the hotel, it also said plaintiff was afraid she was with child, that she was short of money and requested the defendant to send her some.) The defendant wrote to her. One day the porter came and told her that a gentleman was waiting to see her. The gentleman wrote on his card "Captain Darlington" and that he had come from the defendant. She saw the gentleman, who turned out to be a detective. He gave her a letter from the defendant requesting her to go to Paris, and stating that he would be waiting for her there, also that he was angry with his mother. She started for Paris the next morning with the detective. He told her in the train that defendant was a married man and that she would have to give him up. The detective said he would go over to England to fetch the defendant. He went over to England, and telegraphed he would be back in two days. When he returned he said defendant was on the way to Berlin. She asked for proof, and was shown a letter showing that defendant was going to Berlin. (A letter from defendant was here read to the effect that he proposed going to Berlin, and continued in the following terms: —" Could you meet me in the Hotel Russie on Tuesday with Mlle. Wn.?") She started for Berlin. At Narum the detective said she must give him the ring. He took her portfolio and got out of the train, which went on without him. When she got to Liège she was without her ticket and money. She was sitting in the station at Liège until 8 in the evening, when the station master allowed her to go on to Berlin. She telegraphed to Berlin to defendant, stating what had happened. There was no answer. When she arrived at Berlin then went to the hotel, but the defendant was not there. At the hotel there was a telegram to Darlington: —"Have to leave Southampton to-day. See Mademoiselle to her friends, give her money, and send address by mail. —W." Her brother-in-law wrote from Nordhausen to the defendant, stating that the plaintiff was staying with him, and asking what defendant intended to do with regard to her. On December 30, 1882, she wrote from Nordhausen to the defendant. There was no answer. Her mother also wrote. On January 20, 1883, she wrote to defendant.

The Court at this stage adjourned till Monday.